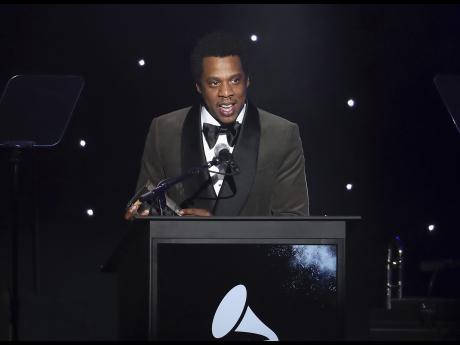 Jay Z's busy schedule as he prepares for global tour got a little busier Tuesday when a New York judge said he must spend a day answering questions from the Securities and Exchange Commission (SEC) in a financial probe of a company he sold his apparel business to over a decade ago.

United States District Judge Paul Gardephe didn't let lawyers do more than introduce their names into the record before ruling that the singer whose birth name is Shawn Carter must answer the SEC's questions for a full day and maybe more.

Lawyers for the SEC and Jay Z settled on May 15 for a deposition that will take place at an undisclosed location at Jay-Z's request.

Jay Z did not show up for the court hearing, disappointing some spectators who entered a Manhattan courtroom hoping to see him.

Before ordering the deposition, Gardephe described the factual history of the investigation into the finances of the Iconix Brand Group and how they relate to the Rocawear apparel brand that Jay-Z sold to Iconix in 2007.

He said Jay Z's testimony had been delayed five months as the singer fought the SEC's request, beginning in January when his lawyer responded to a November subpoena for Jay Z to be questioned in January by saying he could be interviewed by telephone.

After a second subpoena in February called for a March deposition, Jay Z's lawyer offered to have his client submit to questions for two hours, the judge said. The lawyer later offered to expand the questioning to four hours, but criticised the SEC's plans to question Jay Z.

Gardephe offered a mild rebuke Tuesday of Jay Z's lawyer, Alex Spiro, saying it wasn't his place to decide what areas the SEC had a right to explore through its questioning.

The judge said he had presided over other litigation involving Iconix and concluded there was "ample basis" for the SEC to be investigating the company's finances, especially after the company twice had to restate earnings for 2013 and 2014.

Although Spiro offered a spirited argument in court papers Monday for his client's busy schedule making it hard to spare more than a day for a deposition, he did not protest the judge's order Tuesday, even when Gardephe said he might order the questioning to extend past a day if it became necessary.

But the judge noted that both sides agreed it likely would take no more than a day and he would not set a time limit because that sometimes leads witnesses to "run out the clock".

Referring to Jay Z only as "respondent" or Carter, Gardephe said one day of questioning would allow Jay Z to "go on about his business".

Outside court, Spiro said he was pleased with the hearing's outcome.