NMIA bids pushed back to June 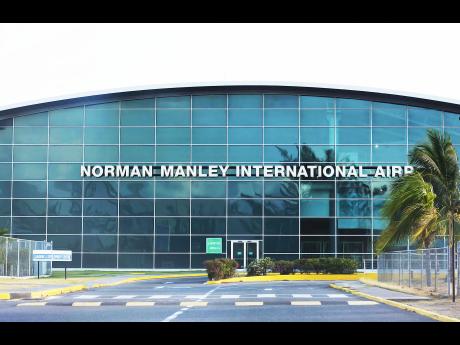 ​The eight investor groups going after the Norman Manley International Airport will be issued with finals bid documents next week, marking a three-month delay that divestment agent Development Bank of Jamaica, DBJ, said was allowed for more due diligence and consultations.

DBJ was initially expected to issue the documents in February for tenders to be submitted by March. The bank now says the documents will be issued on May 16, and that the bids are due by June 27.

Last September, DBJ hosted a bidders conference at which five of the eight prequalified investors showed up, but it still expects eight groups to bid for the airport.

Initially, nine bidders were identified, but a consortium called Jamaica Infra Development Partners Limited did not appear on subsequent lists. DBJ acknowledged that one of the companies did not make the grade, without naming the entity.

"The Government of Jamaica received nine applications for prequalification, of which eight met the prequalification criteria and were approved to participate in the NMIA opportunity," the development bank said.

The eight, which includes two of Jamaica's top conglomerates, are:

The NMIA bid website further indicates that 'a provisional preferred bidder' would be named in July, that the concession agreement would be signed with the winning bidder by September, and financial closing of the deal scheduled one year later in September 2019.

CEO of Jamaica Producers Group Jeffery Hall, whose company is among a consortium of four, including Grupo Punta Cana of the Dominican Republic through Corporacion Aeroportuario Del Este, says they are finalising their bid.

"We're excited about the potential for Jamaica, both from the standpoint of infrastructure operations and the develop-ment of a great destination in Kingston," Hall said.

Steven Whittingham of GK Capital Management also confirmed on Thursday that the consortium to which Grace-Kennedy belongs is also moving ahead with its bid.

DBJ is fielding a 30-year concession for NMIA. The airport is owned by the Jamaican Government and operated by the Airports Authority of Jamaica through a company called NMIA Airports Limited.