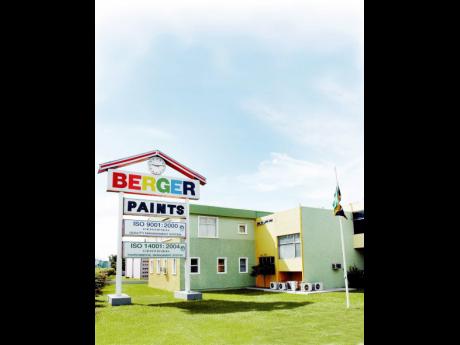 Berger Paints Jamaica Chairman Ray Sumairsingh was left red-faced as he sought to explain how directors of the company, who had recommended a sell-off of outstanding shares by minority shareholders, were recorded as still being in possession of their holdings up to December, two and a half months after the offer had closed.

The chairman insisted it was an error, amid pushback from stockholders at the company's annual general meeting last Thursday evening.

The director's circular issued by the board advised stockholders to accept the bid, based on a fair price assessment from PricewaterhouseCoopers Tax and Advisory Services. But investors in the Berger stock largely ignored the offer, which at $10.88 per share, was heavily criticised as undervaluing the company.

Consequently, of the 104.99 million shares sought in the offer, only six million shares were tendered by minority owners. Today, the stock is currently trading at twice the offer price.

At the time of the offer, there was a commitment that directors Michael Fennell, Warren McDonald and Milton Samuda, along with employees Huron Gordon, Gladys Miller and Jacqueline Warren-Wilson, would accept ANSA's offer. But the annual report of the company has them

listed as still holding shares, except for MacDonald, who an accompanying correction page in the reported indicated had surrendered his holdings.

Sumairsingh was at pains to explain that to his best knowledge all directors and employees, except one senior manager, had accepted the offer. He pointed to the possibility of back office and inter-agency bungling as the likely explanation for the embarrassing annual report listing.

His explanation was challenged by at least two minority shareholders.

Financial analyst and market watcher John Jackson charged that the registrar at the Jamaica Stock Exchange had not received any directors' surrenders up to the deadline. But Sumairsingh insisted that the surrenders were done and that all had acted in good faith.

Responding to another minority shareholder, the chairman said ANSA McAL had made the offer for the shares only to comply with stock market rules.

Those rules require any entity acquiring majority ownership of a listed company must make an offer to buy out all shareholders. ANSA acquired the Jamaican operation when it took over the regional Berger assets from Asian Paints.

"ANSA McAL only complied with local regulatory requirements by making a compulsory acquisition offer. We have no problems in having minority shareholders in significant numbers in our company. In fact, we appreciate good governance. In fact, we live by it," the chairman insisted.

The Berger Jamaica stock traded at a high of $22.87 on Thursday but closed at $20.37 on Friday. The current price is two times the $10.88 that ANSA offered to shareholders last year.