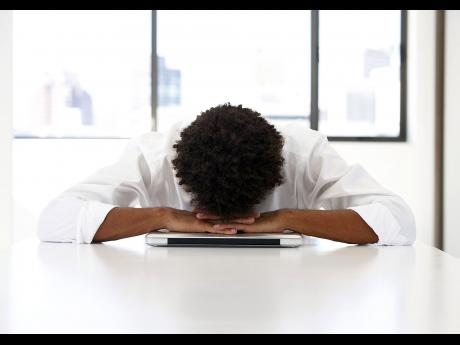 QUESTION: Mr Smith, I am a member of the LGBT community in Jamaica. I live and work here and I am very impatient with the legislative system which is very archaic and backward. Prime Minister Andrew Holness, in Britain recently, told some journalists on the 'Good Morning Britain' show that "the conversation about tolerance, protecting people's rights particular rights is one that we take seriously." He was speaking in the context where we in the Caribbean have a history of our human rights being violated. Doesn't he know that we in Jamaica still have our human rights trampled upon at work and in society, and that there are things that he can do to address it? I hope I can get space in your newspaper to read a reply.

CAREER: Thank you for your letter. Please don't let this be the last time you send in your career question to be resolved. We do not discriminate. A letter about career from a lesbian, gay, bisexual or transgender LGBT is given equal space. We should thank The Gleaner for its policy of equality.

I had seen the prime minister's interview where he went on to say: "Jamaica is evolving. Ten years ago there would have been a much harder line on the issue of homosexuality, particularly from a religious perspective. But over the last ten years of conversation the society is openly discussing the issue and the views are changing."

He went on to state that the Church in Jamaica does not have a unified position on the issue. It, too, is evolving and there is discussion in our Parliament now regarding a specific piece of legislation, PM Holness said.

It is important that we understand the context within which the prime minister was speaking. Let me say I am proud of where Jamaica has come while acknowledging we still have a far way to go. I understand the impatience which you speak about, in the sense that you would like to see Jamaicans in the LGBT community go to work and be able to practise their sexuality, like say Britain and the United States, rather than hide.

And the LGBT community must continue to pressure Parliament to pass laws that bring these thing to reality. Members of this community continue to suffer discrimination at work, for sure. The human rights of these people must be protected at work. But let's not go too far and not acknowledge how far we've come.

The prime minister was correct that the Church is evolving, particularly as its members become more travelled and as they take up the challenge of informing themselves. They are becoming more cosmopolitan and more informed. The prime minister was also correct in pointing out that it is was not very long ago that Americans got to the point of passing laws acknowledging the rights of gays and lesbians.

The prime minister is a politician and he cannot get too far ahead of the people passing laws left, right and centre. I am not making excuses for him; I am just stating the fact. It is for organisations such as Jamaican Forum for Lesbians, All-Sexuals and Gays

(J-FLAG) and Quality of Citizenship Jamaican to keep these issues in the public consciousness and awareness.