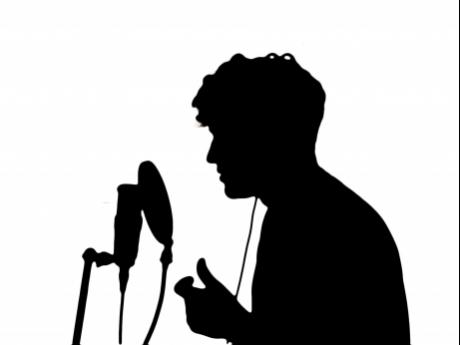 What's wrong with holding interviews? Plenty, it turns out. Most companies rely on a series of informal chats with several prospects that ends with a hiring decision. However, there's strong evidence that this approach needs to be retired in favour of better techniques proven by scientific research.

Here's the problem in a nutshell.

Interviews are filled with biases. In North America, studies have shown that during the average unstructured interview, the person hired is more likely to be tall, slim, good-looking and speak in a deep voice. According to psychologists like Dr Ron Friedman:

n Tall people tend to be evaluated as having better leadership skills. Decades of research show a relationship between height and salary at every age;

n Hiring professionals shown a picture of a heavyset woman are more likely to describe her as lazy than other women by 21 per cent;

n Good-looking people are thought to be more competent, intelligent and qualified; and

n People with deeper voices are thought to have greater strength, integrity, and trustworthiness.

Here in Jamaica, it's likely that skin colour, perceived class, and speech patterns are also invisible determinants. It probably helps to have browner skin, upper St Andrew pedigree and all the h's properly pronounced.

Apparently, this judgement takes place in the first 10 seconds of a conversation. The interviewer instantly decides what kind of person he/she is dealing with and slightly alters the questions accordingly. This isn't random but an unconscious, powerful effort to confirm some initial, unwitting bias.

A few disagree, arguing that they are entirely fair and non-judgemental: their gut instincts and intuition are impeccable. They even share anecdotes which prove their superiority. This article is not for them. It's for the rest of us who suspect that hidden tendencies are always embedded in interviews, requiring us to find provably better techniques.

If you are the interviewer

Here is a simple improvement to make: ask each person the same set of questions.

Another quick one is to phrase queries in specific terms that relate to actual events versus general what-ifs. For example, discard questions like: 'Share what you would do if you came across a difficult customer'. Instead, use the simpler: 'Tell me about a time you dealt with a difficult customer'.

Unfortunately, research shows that 81 per cent of people lie during interviews in their attempts to appear impressive. This technique is a great separator of future fantasy from factual, past-based reality.

However, the best approach is to treat the entire affair as an audition. In other words, find ways for interviewees to demonstrate their abilities in real time. It's the ideal way to compare actual performance in critical skills with other prospects.

For example, musicians trying to join an orchestra or band should play a given piece on their instrument. Draftees in NFL and NBA tryouts (known as 'combines') actually perform physical drills on the field.

In the corporate world, Google and other tech companies ask prospects to write code. McKinsey & Company famously poses an unstructured problem for the prospect to reveal their best methods. Some companies require individuals to work alongside a team for a day. Other firms prompt them for solutions to case studies relevant to actual projects.

If you find yourself unable to craft such interviews, try using audio and videotape recordings. Ask each prospect to perform a typical task. Then, review the recording as a team to undertake an impartial comparison.

Unfortunately, most companies don't bother. The creative challenge is too much, so they use no more than a nebulous test: 'If mi spirit tek to dem or not'.

If you are the interviewee

On the other side of the table, you can turn the conversation into more of an audition.

Start by being prepared to show them your intentions. With whatever information you have, walk in with a midterm plan of action to address the key issues.

As you share your plan, and its underlying assumptions, ask the interviewers to correct your data and add new facts. Use clarifying questions to uncover the true meaning, then adjust your plan in the moment based on this new input.

Doing so reveals the flexible approach you take to solving difficult problems using scarce data. It's as if they are looking over the shoulder of a composer masterfully creating a new melody.

In this way, you transform the conversation from a pre-prejudiced chat into a real-time, problem-solving session. Plus, you learn something about your new manager's level of expertise, engagement and EQ.

As you may imagine, in such a scenario, both sides win. The biased, old-style interview is replaced by an experience which produces fresh information everyone needs.

- Francis Wade is a management consultant and author of 'Perfect Time-Based Productivity'. To receive a Summary of Links to past columns, or give feedback, email: columns@fwconsulting.com