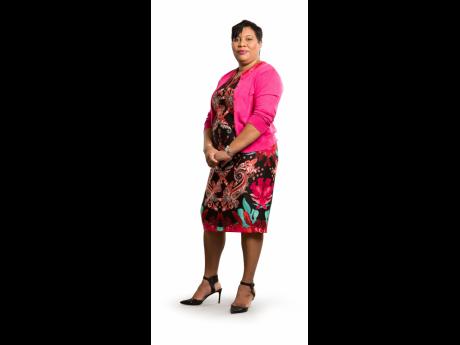 Profit at Salada Foods Jamaica Limited is up nearly 80 per cent halfway through the company's financial year. Sales revenue are also up 19 per cent.

But General Manager Dianna Blake-Bennett is not inclined to celebrate, not now, due to expectations that a cess on imported coffee beans could derail some of the gains already recorded by Salada up to March.

"I don't want to pre-empt what will happen over the next six months because there are some inherent risks that we face at this time as it relates to Government's recent announcement of the cess, and for that reason, I want to be very conservative in my approach to what the end of year will look like," Blake-Bennett said, pointing to ominous clouds.

"If those risks are not addressed in a timely way, it could definitely affect what happens for the rest of the year. If there is no change, the impact could be significant," she warned.

Documents obtained by the Financial Gleaner indicate that Salada faces a cess of US$1.41 per kilogramme for imported green beans and US$2.40 for value-added products, effective April 1. The cess is payable to the newly formed commodities regulator, JACRA, which began operating in January.

Blake-Bennett says that Salada has been actively trying to engage with the Ministry of Industry, Commerce, Agriculture & Fisheries on the business implications of the cess and the potential negative impact on its operation as the sole manufacturer of instant coffee in the Caribbean region.

The company is yet to hear back from portfolio minister Audley Shaw, she said.

For the six months ending March, Salada grew its sales revenue from $404 million to $482 million. Net profit increased from $44 million to $80 million.

"We were very focused on our expenses, and we managed to curtail it. This resulted in 22 per cent savings on expenses. That was really the driver," Blake-Bennett said.

Some of the gains were also attributed to greater levels of efficiency at the Bell Road plant. Salada bought new machinery last year, which allowed the company to introduce new products and improve machine utilisation.

Reflecting on the market, Blake-Bennett says Salada followed through on a promise last year that they would be seeking to engage more with a younger demographic to grow its brands.

"We have never before been so aggressive in marketing our products and innovation. We have shaped a new platform for our marketing activity, which is driven through our distributor, and that has borne fruit," Blake-Bennett.

There is more analysis to be done on the full impact of the marketing efforts, but: "if we're to measure anything, just by our social media engagement, we would think that the younger folks that we've been going after are recognising the brand as something they'd want to be engaged with", Blake Bennett said.

Still, the cess on coffee imports is weighing heavily on Salada. Blake-Bennett says that her company pays US$1.52 per pound for imported coffee, while the Jamaican coffee that is blended with the imports costs US$2.52 per pound.

She complains that the company cannot get enough of that grade of coffee and may be hard put to purchase even more in order to conform with the 20 per cent quota for local beans for coffee blends.

Salada initially believed it would not be subjected to the import cess when it was first announced as a protective measure for local coffee farmers.

At the time, local traders and processors believed it related to the roasted and ground coffee that is sold particularly in the hotels because that is where it was perceived that the largest impact to the local industry was being felt.

However, Salada's calculus proved wrong when it got the advisory about the cess from JACRA at the end of March.

"Somehow it has been construed to include instant coffee, and the truth be told, that kind of coffee is a different grade," Blake-Bennett said.