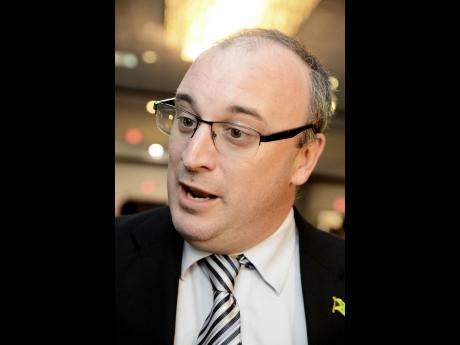 Faced with a nearly 43 per cent decrease in profit, listed insurance company General Accident is looking to technology and service improvements to boost profits.

Speaking with the Financial Gleaner following the company's annual general meeting at its Half-Way Tree Road, St Andrew, head office last Thursday, Chairman Paul B. Scott noted that technology will be critical to extracting more from the company's areas of strength, such as property, particularly commercial ones.

"We're investing in technology to improve our service delivery. We're really focusing on the areas of the business that are more profitable. Rates in the market are improving so generally, the conditions under which we are operating are getting better," Scott said.

Asked whether General Accident is strong enough to sustain another year of reduction in profit, especially in the face of rising property claims occasioned by adverse weather and the likelihood of increased claims from the motor insurance segment of the business, Scott pointed to the company's solid balance sheet, maintaining that even in the face of less profit the 2017 performance was strong, and that for 2018 there is a lot that the company can do.

General Accident experienced an underwriting loss of $35.3 million for 2017. This means it was an $81.1 million reversal of the $45.6 million earned in 2016. General Manager Sonia Donaldson blamed increased claims cost from the motor line of business. She also says "a further uptick in claims severity for third-party claims" added to the underwriting woes.

Asked about the likelihood of General Accident de-emphasising the motor insurance business in light of the increased claims and the expressed need to write profitable business, the company chairman said: "No, we are going to grow our motor portfolio and we're going to do a better job of delivering good customer service."

Motor insurance premiums which grew 44 per cent to $1.54 billion in 2017 account for 22 per cent of General Accident's business.

First-quarter results are looking good, according to Scott. Net profit of $29.1 million represented a 67 per cent increase over the $17.4 million for the similar period in 2017. The company's underwriting performance improved over the prior year. Premium income grew by 12 per cent to $2.21 billion in 2018. The company's net earned premiums grew by $60.6 million or 20 per cent to $364.7 million.