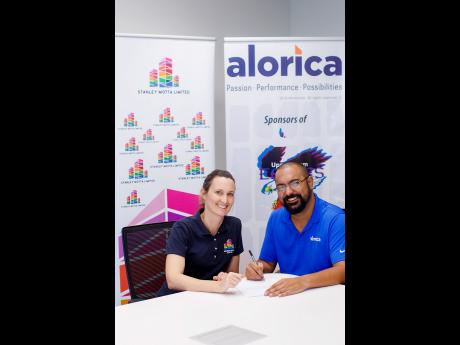 Melanie Subratie, chairperson of the Stanley Motta board, with Gilberto Gianareas,country manager for Alorica Jamaica, at the signing of a lease agreement for office space at 58 Half-Way Tree Road, St Andrew. 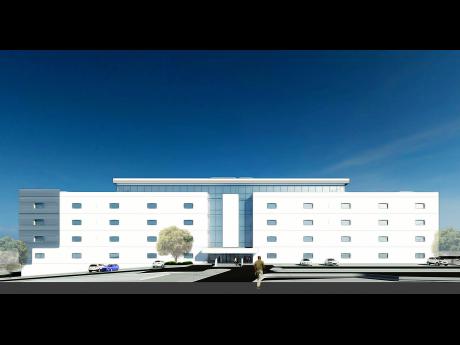 Stanley Motta Limited, a subsidiary of the Musson Group of Companies, on Monday signed a lease agreement with global business process outsourcing (BPO) firm Alorica for space in unit four of its new facility at Half-Way Tree Road, St Andrew, which has been named the 58HWTR Tech Park.

In mid-2017, Stanley Motta announced that it would invest more than US$30 million to develop the 230,000 square feet four-storey building.

The signing of the lease with Alorica will allow the BPO outfit to triple space it occupies in Jamaica, adding a further 112,000 feet of space to the 50,000 feet it currently rents in Portmore, St Catherine, the parties disclosed.

The company is now in the process of outfitting the space, which will be operational by the end of June and is expected to employ approximately 3,000 persons to staff the operation.

Country Manager for Alorica Jamaica Gilberto Gianareas told the Financial Gleaner that 900 persons who have been employed at premises it rents from the Port Authority of Jamaica in Portmore will remain at that location.

The company is considering expanding the workforce to between 3,500 and 4,500 at the 58HWTR Tech Park.

The company is also considering leasing unit three, alongside unit four at the tech park.

Headquartered in Irvine, California, Alorica has more than 100,000 employees in 140 locations across 16 countries around the globe.

The BPO company provides a range of services, including acquisition and sales, customer relationship management, and back office support.

Its clientele spans the communications sector, financial services, healthcare, retail and tech companies, many in the Fortune 500, the company states.

Melanie Subratie, chair of the Stanley Motta board, reaffirmed that the new facility to be occupied by Alorica will be the largest BPO space in the English-speaking Caribbean, and "the only integrated tech campus in Jamaica."

She said 58HWTR will comprise a total of 230,000 feet of office space rented predominantly to BPO entities, along with associated services including daycare, ATM and financial services, healthcare, as well as a range of food and beverage options.

In a release following the lease signing on Monday, Gianareas said the expansion was a testament of the company's capacity and its confidence in Jamaica.

Subratie said 58HWTR, slated for completion this month, is expected to facilitate jobs for more than 5,000 Jamaicans in the BPO industry when all space available is leased.