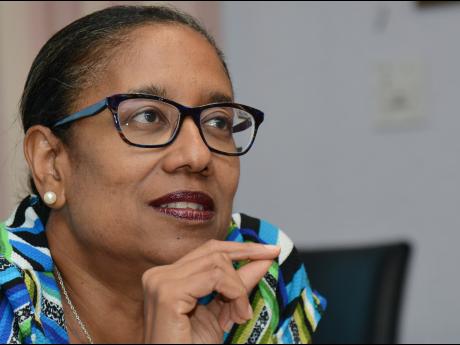 In accordance with its remit as divestment agent, Development Bank of Jamaica is keen to help the government put more of its assets into private hands.

So it's spending a lot of time and has pumped more than $217 million into fine-tuning procedures to ensure that those businesses are market ready and that divestment attempts do not fail when the state enterprises are packaged and presented for sale.

Denise Arana, the DBJ's general manager for public-private partnerships and privatisation services, told the Financial Gleaner that some years ago a deficiency with properly preparing projects for privatisation was identified across several government entities. This weakness resulted in several aborted privatisation attempts in the past, ostensibly because there was no money to do the necessary pre-privatisation due diligence and support work required.

To correct this, the DBJ has to date spent some US$ 1.7 million ($217.6 million) providing grant funding to several government ministries, departments and agencies to improve their due diligence and other pre-privatisation procedures as part of the Foundations for Competitiveness and Growth project financed with a US$50-million World Bank loan since 2014.

The project aims to strengthen the business environment in Jamaica for private-sector investment, with its second of several components aiming to assist the Government "prepare and close large strategic investment transactions with private-sector participation".

Arana says the money has been utilised "to hire the right advisers" and do the required technical studies. This is money well spent, she contends, as the capacity-building programme to deliver what are termed 'sustainable government P4 projects', has resulted in US$80 million in investments from completed privatisation transactions, including the sale of government shares in fuel distributor Petcom and Caymanas Track Limited.

The money has been used, among other things, to pay for additional lawyers to be hired in the Attorney General's Chambers for the legal work required to close complex business negotiations.

With confidence in its ability to successfully offload state assets returning, the Government has now put up a raft of businesses for sale, including some from previous administrations. The divestment of the Wigton windfarm at Rose Hill in Manchester through the Jamaica Stock Exchange is probably the most market-ready.

In the past, the government had sought private-sector participation by listing companies such as National Commercial Bank and Caribbean Cement Company. The hope is to take Wigton to market by October. Mayberry Investments Limited has been selected as the broker for the initial public offering, but the DBJ official said another financial institution is involved in the transaction. However, she declined to name the institution as all approvals relating to its role have not yet been approved, she said.

Also among the government assets that have proved difficult to sell, and which the DBJ has since tidied up for the market, is the Norman Manley International Airport, for which final bid documents were issued to prospective investors and are expected to be submitted to the DBJ by the end of this month.

At the same time, private investment is being sought in several other government ventures. They include a pilot project to power 30 schools with solar energy as a test for a bigger 200-school roll-out, which is now at prequalification stage with feasibility studies already done. Private money is also being hunted for the National Solid Waste Management Authority.

"This is a PPP that is looking at bringing private-sector participation into the waste management process ... dealing with collection, disposal, management," said Arana. "We are in the process of working with a consultant to compete the feasibility study that will tell us what's the best way to approach the market."

The DBJ is pressing ahead with several other divestment plans, such as the buildout of the Rio Cobre Dam and water treatment plant for which negotiations are said to be now taking place with global French infrastructure construction company Vinci Construction Grands Projects to finance, build, operate and maintain the facility that is touted to deliver 15 million gallons of water per day.

In January, Mark Barnett, president of the National Water Commission, NWC, told the press that a private entity, which he did not name then, had been contracted to build the plant. The company was said at the time to have already secured financing for the project, with construction scheduled to start later this year. As far back as March 2016, Information Minister Ruel Reid had given an 18-month timeline for the completion of the planned project.

Other NWC projects are on the table for private-sector capital injection. The venture to reduce the amount of water for which people do not pay, but for which the NWC has to spend to supply, is intended to be a PPP between the NWC and a private firm. In July 2015, then Prime Minister Portia Simpson Miller and NWC officials signed a partnership deal worth $4.9 billion with Israeli firm Miya, said to have been a world leader in the implementation of efficiency solutions. Arana said a considerable amount of due diligence is still to be done on the government side.

There is also the Central Waste Water Treatment Company, which operates Kingston's Soapberry Treatment Plant, a PPP in which the Government now owns 85 per cent but is seeking private equity capital for expansion of the operation.

The divestment of the Milk River Mineral Bath and Spa in Clarendon is also still on the table. A feasibility assessment has been done and the DBJ is said to be now "working through a very solid privatisation strategy to take that to market.

"We are confident that once we step back and do the proper assessment and resolve any issues that may impede the transaction, we will be successful. The Government has grand plans for Milk River and really wants to see it taken to the next level as a world class facility. So we are doing some careful work there," DBJ's Arana said.

Meanwhile, several DBJ facilities seek to strengthen local businesses to take up government assets. The DBJ reports that since 2009, it has completed privatisation transactions involving 22 government assets with a more than 75 per cent take-up by local investors.