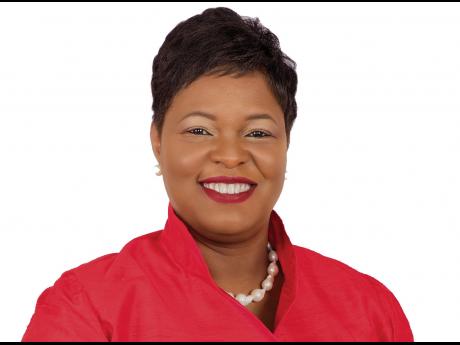 Loan sales have become one of the tools used by lenders to go after up new business using time-bound low interest rates as a hook for borrowers. And First Heritage Cooperative Credit Union, FHC, is no exception.

But the credit union led by Roxann Linton is going even further. With an eye on the other side of the ledger, FHC has launched a deposit drive that will lock in higher than normal returns for new savers and current members. They will earn six per cent up front on a minimum deposit of $100,000 held for 12 months.

Linton aims to use the promotion to grow the credit union's membership base by at least 5 per cent, from its current base of about 200,000.

In a market of 29, FHC is ranked at No. 2 by membership and No. 3 in the overall standings.

General Manager Linton, who has been leading FHC's turnaround since January 2017, reversed a $70 million loss recorded in 2016, and is now attempting to grow the business. She describes the promotions - both the loan sale and deposit drive - as components of a disruptive market strategy aimed at re-engaging present membership and attracting new ones.

"We wanted to excite our member base to bring in new funds to invest at this higher interest rate. It is also an attraction to new members since there are many persons who would not have thought of a credit union but would want to use the opportunity to build a relationship," Linton told the Financial Gleaner.

Currently, the company offers 2-4 per cent on its various deposit instruments. The deposit sale ups the ante.

"We didn't have any instrument where we gave six per cent on amounts over $100, 000," Linton said, adding that the relatively high rate paid upfront was a way of encouraging savings habits.

"This is for persons who would have accumulated some funds as a part of a savings strategy and are not encouraged to save because of the interest rate environment. This helps them to stick to that strategy of saving," she said.

Quizzed on what deposit rate would apply after the 12 months, Linton was non-committal but noted that going forward the credit union would "certainly have a special programme which encourages disciplined, consistent savings".

Meantime, FHC is also offering three loan products: its usual unsecured education/vacation loan, a secured debt consolidation loan and a motor vehicle loan facility called Full Hundred, which gives 100 per cent financing on cars up to 10 years old, with new car owners getting up to 10 years to repay at 7.95 per cent interest.

Linton was pressed on the timing of a loan sale fresh off FHC's recovery from a bad patch, where non-current loans had grown to 14.5 per cent of the portfolio, or nearly triple the desired ratio, but she insisted that the overall quality of FHC's loan portfolio has improved in the past year, albeit that there was more work to be done.

"Non-current loans improved, moving down from 14.5 per cent to just under 10 per cent. But we still have some way to go in getting to the goal of 5-7 per cent," Linton said adding that risk mitigation and loan quality will be key watchwords for the credit union as it woos new borrowers.

"In the design of the our loan sale campaign, we have to employ good credit risk management strategy - so it's by no means open season at all," Linton asserted.

FHC ended last year with assets of $11.05 billion, up eight per cent from $10.2 billion at the end of 2016. The credit union also reported a surplus of $113.6 million, compared to a loss of $70 million in 2016. Linton says that trajectory has been maintained into the first quarter of this year.