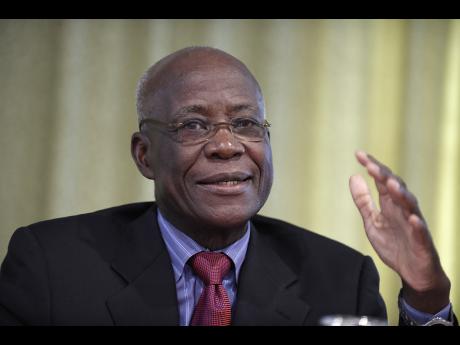 After racking up record revenues, which spurred a 24 per cent annual increase in profits, ISP Finance Services is looking to loan portfolio diversification and acquisitions to grow its business.

"Soon, is all I can say at this point. But we hope to have in place at least one [new location] before year end," Cameron told the Financial Gleaner.

At last Friday's annual general meeting, the chairman said in response to a shareholder that the acquisition strategy would be a main plank of expansion. He said the move out west would involve the purchase of at least one hometown business.

Cameron told the Financial Gleaner that the acquisition push would be paired with the deployment of appropriate technology to expand the company's footprint beyond its Phoenix Avenue, Kingston base to other parts of Jamaica.

"The objective is to cover the island in terms of our reach. What we've decided is that we don't want to build or rent office spaces islandwide, employ staff and so on," he said, while highlighting plans to use technological solutions to extend ISP's reach to places like Portmore.

Last year, ISP made a net profit of $50 million, up from $40 million, and closed the period with cash holdings of $31 million. In the first quarter ending March, its cash hoard was largely unchanged while profit rose 12 per cent to $9 million.

Amid a 40 per cent growth in its loan book last year, the microfinancing outfit more than doubled its provisioning for credit losses. The trend continued into the first quarter ending March 2018.

"There are quite a few players in the market and we don't have access to their details, but we believe we're among the better players in terms of the percentage of provisioning as against the total portfolio," Cameron insisted.

ISP Finance's loan portfolio grew to $437 million last year, and further to $446 million in the March quarter. The microlender primarily sells personal loans, but is aiming to diversify into micro and small business loans this year and beyond.

"There is a lot of opportunities for that out there as we see it, because there are those who have businesses but don't get a chance to raise capital in the same way from, say, the banking sector," said the ISP chairman.

He adds, however, that while loan amounts may be larger for business credit, the company expects margins to be thinner on that side of the portfolio.