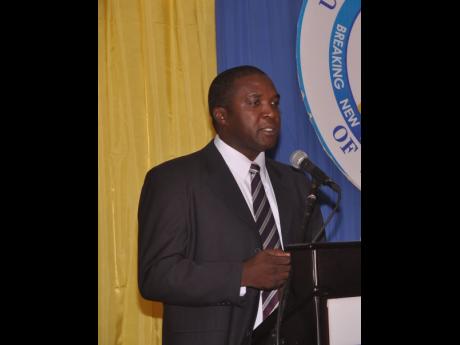 For the first time in its 32-year history, The National Export-Import, EXIM, Bank of Jamaica is rolling out a loan sale to gin up business and pull in clients.

EXIM's general manager for trade and commercial lending, Lenworth Tracey, says the board of the direct-lending institution has ordered that more be done to assist Jamaica's productive sector.

"We got a mandate from our chairman, Gary 'Butch' Hendrickson, that we should pursue lending to the SME sector. This will be a key part of our thrust this year and while we're not limited to that sector, that is one place where we are looking for growth," Tracey told the Financial Gleaner in an interview.

With that in mind, EXIM Bank began rolling out a three-part campaign in late July, comprising a revamped Facade & Facilities Loan programme, a 'going for growth' public education programme; and a Mega Business Loan Sale targeted at the productive sector.

The starting rate for the loan sale is 7 per cent.

Tracey says since he joined the bank 10 months ago, EXIM has been boosting its capacity to go after more business and intends to grow its loan distributions north of $9 billion this year.

"We found that we were sitting on a virtual gold mine here with a client base that needed expansion and deepening in terms of involvement with our products," Tracey said.

He also noted that many businesses were unaware that EXIM has funds available for lending at a fraction of prevailing market rates, citing the $1-billion Facade & Facilities Loan in place since September 2016, which is backed by the Tourism Enhancement Fund, TEF.

Despite initial enthusiasm for the loan, only two-thirds of the funds have so far been committed under the programme, he said.

And of the $650 million, just over $500 million has been disbursed, while the rest is awaiting drawdown. The other $350 million available under the facility has had no take-up, even while Tracey notes that resort businesses in Ocho Rios, Falmouth and Montego Bay could benefit under the scheme but may be unaware of its existence.

"A lot of customers who qualify for it really don't know. It was developed for small and medium tourism enterprises, linkage companies into the tourism sector ...," Tracey said, noting, for example, that a gardening company providing services to a hotel could qualify under the programme.

The funds can generally be used to upgrade facilities, do facelifts, and even as working capital.

"We're bringing to the market the fact that we have low-cost funds available. You should not be going out there taking high cost funds," he said.

In some instances, he added, companies are taking loans at rates as high as 40 per cent - a seeming reference to microfinancing rates; or borrowing from commercial banks at 12-13 per cent "when they don't have to".

Comparatively, EXIM's Facade & Facilities funds are available at 4.5 per cent on up to $25 million for small and medium tourism enterprises. The bank's other loan products are also priced in single digits and is intent, Tracey said, on spreading the word to the productive sector that it wants to do business

It's other loans are priced at 7-13 per cent, depending on risk profile and other factors.

The Mega Business Loan Sale is open to manufacturers, exporters and agro-processors. EXIM Bank is partnering with the Jamaica Manufacturers and Exporters' Association, JMEA; Development Bank of Jamaica, DBJ; and the Jamaica Business Development Corporation, JBDC, on that initiative, which runs from July 30 to October 30.

JMEA members will get concessions on service charges while the EXIM Bank will act as a single access point for services, including those provided by DBJ and the JBDC, he said.

For the duration of the loan sale, new loan applicants will get 50 per cent off commitment fees, a waiver on application fees and free credit checks. In addition, existing EXIM Bank customers who refer successful new applicants will receive 75 per cent off the commitment fees of their next loan facility if it is taken within the period of the loan sale.

There will be no commitment fees for JMEA members and, through DBJ and JBDC, the loan sale will provide grant support for preparation of business plans and financial statements, along with select business services.

Meanwhile, EXIM itself aims to grow its loan portfolio by 33 per cent this year. Tracey notes that loans at the bank are mostly based on revolving facilities and the portfolio has remained static over the last three years, with the same narrow customer base.

"Our loan utilisation, that is to say the funds we extend to the productive sector annually, has been in excess of $7 billion over the last three years. This year, we have a target of $9.3 billion for extension," he said.

"What we want to do is to project our entire suite of products to the business sector so that they don't go taking types of funding that are detrimental to their interests when they can get it through us," he said.