Sagicor partners with Digicel to roll out mobile money app 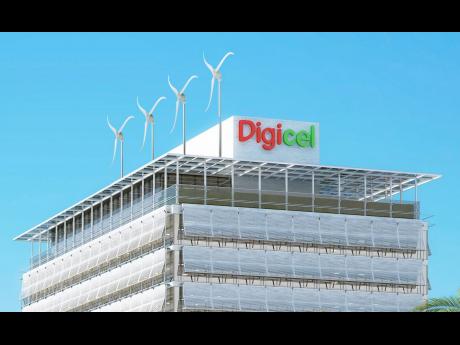 ​Telecommunications company Digicel Group and partners are expected to announce the launch of a mobile money app this month that is usable internationally, more than a year after the product was first targeted for market entry.

The company is partnering with Sagicor Bank Jamaica and technology company MasterCard on what is expected to be a card and app that will allow subscribers to utilise the product in multiple countries via ATMs, and is reportedly the first of its kind in Jamaica to have that global reach.

The mobile money service, which Digicel initially touted as more than just a wallet, now has the required regulatory approvals, and will become available for subscription sometime later this year.

BOJ Senior Deputy Governor John Robinson confirmed Thursday that the central bank has given approval for Sagicor Bank, in partnership with Digicel, to offer an electronic retail payment service card.

The partners have not yet released details on the product, but could announce its readiness for the market as early as next week.

"With a shared vision of breaking down the barriers to financial inclusion, Sagicor Bank, Digicel and MasterCard have been working together to deliver a mobile money service that will meet the specific needs and requirements of our Jamaican consumers," said Sagicor Bank in comments channelled through Digicel Jamaica's spokesman, Elon Parkinson.

The bank also confirmed the product would come to market before the end of this year.

The Financial Gleaner understands otherwise that the card and app will likely allow users to send and receive money locally, check account balances, shop, and do cash transactions at ATMs.

Although this will mark Digicel's entry into Jamaica's mobile money market, the telecoms is already a player in that regard in some of its markets, including Haiti where it operates Mon Cash, formerly known as Tcho Tcho.

The telecoms has a web page for a Digicel Money Prepaid MasterCard and app for subscribers in the United States, in partnership with a New York-based bank, according to information disclosed there. But Parkinson said Thursday that the site was outdated.

Digicel initially planned to launch its Jamaican card last year April, but pulled back at the last-minute for additional consultations with regulators.

The Jamaican arm of the telecoms first telegraphed plans to enter the market back in 2014, when then CEO Barry O'Brien told this newspaper that they were still trying to define the model that would fit with newly crafted regulations.

At the time, the Bank of Jamaica had just developed the regulatory guidelines for the market the year before.

Digicel will become the third local mobile money provider alongside Quisk from NCB and GK MPay from GraceKennedy. The pioneer mobile money service, Conec, which got the first permit from the central bank in 2013, exited the market last year due to disappointing subscriptions.