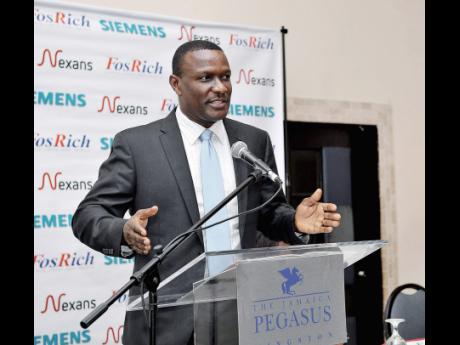 FosRich Company Limited, a trader in lighting and energy products, generated some heat of its own in June when it reported the best performing quarter in the company's history, according to its principal owner.

Having revamped its supply chain and added new staff, FosRich's bottom line expanded by nearly 900 per cent in the quarter - enough to make up ground lost in 2017 when the changes where being implemented.

"We are seeing the benefits of those changes with revenues up 19 per cent, gross profit up 23 per cent and net profit for the quarter at 899 per cent," said Managing Director Cecil Foster.

"Last year, we were doing rationalisation and it affected the revenue for the comparable period. That is when we were preparing to go into the market," he said, with reference to an initial public offering and subsequent listing of FosRich on the Jamaica Stock Exchange.

For its financial year ending December 2017, sales at FosRich fell from $1.15 billion to $1.05 billion. Its bottom line survived the fallout, however, with net profit rising from $30 million to $55 million.

FosRich made a strategic decision last year to increase its sales force and revamp inventory to align with customer demand, a decision that led to improved sales.

"Inventory was not as it is now and we have more of the products required by the market and so you're seeing the significant movement," said Foster. "It has to do with the right sales team fitting with the various customers and the right products that match the needs of the marketplace," he said.

New software for inventory management is now 50 per cent installed. The project has been ongoing since January but the new system is expected to be substantially in place by year end.

"The system is being pilot-tested and partitioned for gradual installation. We are using it as we go along. As soon as we perfect a part of it we implement as we go along," said Foster. "There are some aspects that call for infrastructural changes such as shelving and bin locations but we're working on that."

The partnerships formed with French company Nexans and German company Siemens - both of whose products are in demand by FosRich customers - have also buttressed sales.

"The non-halogenic wires from Nexans and the switch gear from Siemens are doing pretty well, are accepted by the market and are proving to be some of the drivers behind the performance," said the FosRich boss.

He is also projecting another good quarter for FosRich this period, based he said on the preliminary results so far for July and August.