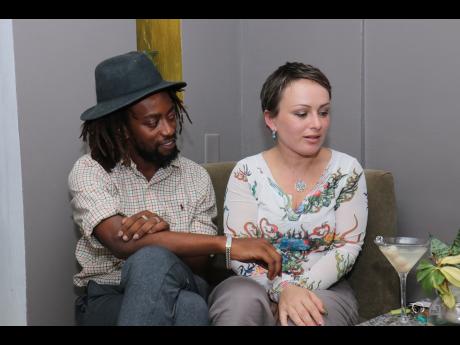 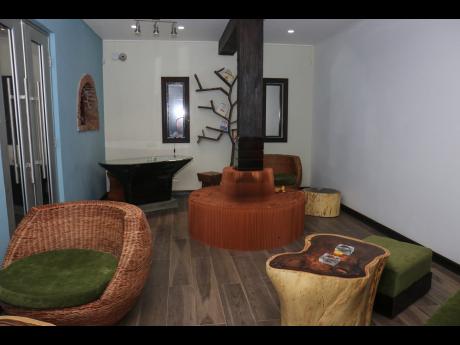 Not only does Montego Bay now have its own herb house, which trades as Island Strains, the cannabis being prescribed by doctors there is reaped from the first legal ganja-growing farm in western Jamaica.

Island Strains, which is operated by Chris and Maria Gordon, has finally opened its doors on the Hip Strip, Gloucester Avenue, and in less than two weeks, the facility, which houses 'Lounge 2727', a smoker's room, an area for consultation with a medical doctor, and a seaside deck and bar, has become the talk of the tourism capital.

Patients with a series of medical conditions, including insomnia, loss of appetite, depression, and a wide range of pains as a result of chronic cancer or arthritis, have access to various strains of cannabis broken down into three distinct groups: Sativa, for invigoration; Indica, for relaxation, and Hybrid, which is a mix between the two, Chris Gordon told the Financial Gleaner on a recent visit to Island Strains.

The cost to consult with the doctor costs US$10 - or just under $1,380 at current exchange rates.

Research by leafly.com shows that 'indica' and 'sativa' were coined in the 18th century to describe different species of cannabis. The sativa plant, named by Carl Linneaus, described hemp plants found in Europe and western Eurasia, where it was cultivated for its fibre and seeds. Cannabis indica, named by Jean-Baptiste Lamarck, describes the psychoactive varieties discovered in India, where it was harvested for its seeds, fibre, and hashish production.

"We opened on August 5," said Chris. "We have done no advertising or major marketing, but word of mouth has resulted in a surprisingly 50/50 clientele of locals and foreigners, with an incredible repeat business," said Gordon, who studied broadcast communication and film at Huntington University in Indiana.

Since his marriage to Maria, a Russian-born businesswoman who worked for 20 years with a company that provides engineering services and sells equipment for the mineral mining industry, the two have travelled all over Europe studying the market.

"We are fascinated by the things that ganja can do for people, medically, although it is a very complicated plant," Maria explained, adding that new ventures were always exciting for her.

The holder of a master's degree in accounting, finance, and economics, Maria said that it was a natural for her to start a 21st-century business in Jamaica, after years of research and travelling worldwide to various trade shows, where they were able to purchase several strains.

In places such as Spain, Maria said, there are herb house social clubs - something she would love to replicate in Jamaica.

For now, the couple describes the business on the Gloucester Avenue Hip Strip as the semblance of 'ragamuffin meets elegance' - of Chris, a former member of the reggae band Nomadz, and Maria, whose avant-garde style is depicted in the fixtures and locally made furniture that dresses 2727. That section of the herb house is a non-smoking area.

Maria boasts of the fact that none of the furniture in her new-found place of 'residence' has been imported, while her husband shows off his cultivation licence, which is one of only five given by the Government to local ganja growers.

"We started growing our own herb after we received our licence in November 2017," said Gordon, explaining that he applied for conditional approval two and a half years ago for cultivation and retail, processing, and research development.

The Gordons say that eventually, Island Strains will be a members-only herb house.