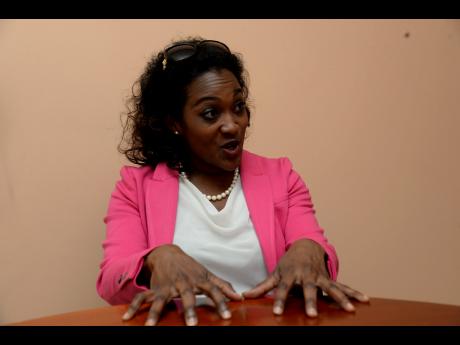 That crime film was the latest in a series of projects shot on location which expended more than $1 billion in the economy last fiscal year. But there are three additional movies set to be filmed by next year.

Yardie is an adaptation of Victor Headley's 1992 novel of the same name and is now being shown in select cinemas internationally. It employed hundreds of Jamaicans in the adaptation.

"I must admit, this project was quite expansive in comparison, and definitely among our highest spend," said Renee Robinson, film commissioner at trade promotion agency Jampro.

Yardie was the biggest production in the fiscal year. Lead actors included Aml Ameen, Shantol Jackson, Sheldon Shepherd, Everaldo Creary and others. Outside of the main actors, the set employed extras and auxiliary staff such as drivers, caterers, runner-assistants, delivery persons and security personnel.

While not disaggregating the spend and budget for Yardie, Robinson said the local film industry as a whole generated more than 2,700 jobs and contributed a "record-breaking haul" of more than $1.2 billion to the local economy in the fiscal year ended March 2018. The Film Commis-sion is the premiere point of access for navigating the system to get the right permits and advice for international productions interested in shooting in Jamaica.

Usually, Hollywood films with big American actors are shown in local cinemas. Consequently, when the credits rolled at the local screening of Yardie this month at Palace Cineplex at Sovereign Centre in Kingston, patrons remained in their seat in search of a friend's name or their own.

"We are on the cusp of greatness right now. For some reason, all the variables are falling into place at this moment," Robinson said. "We already have three additional major productions under way this year or coming early in the new year."

For Jampro, the outlook remains positive as the local content ecosystem is in a state of renewal, with many short films and experimental pieces being shot by local auteurs.

"I cannot speak as to the frequency with which Jamaican film-makers are approaching venture capitalists versus reliance on self or other forms of financing their projects. Access to and application of effective funding, marketing and distribution does, however, remain a concern throughout the industry," said Analisa Chapman, president of JAFTA.

Chapman, a lawyer by profession, said Yardie will open more doors for other local and international independent films and Hollywood-type films to continue exploring stories centred around Jamaican characters and culture. Criminality is only one motif, she said.

Outside of Yardie, other large-scale projects filmed in the 2017-18 fiscal year Like Father, starring Kelsey Grammer and Kirsten Bell, which is currently on Netflix; and The Intent 2, directed by Femi Oyeniran from the UK, which is also currently on Netflix. Jamaica also gained exposure from high-profile music videos such as Prettybird, featuring BeyoncÈ and Jay-Z and directed by Melina Matsoukis, and an episode of Marvel's Luke Cage.

In the year before that, local director Storm Saulter shot the film Sprinter, which was produced by Will and Jada Smith's Overbrook Entertainment.

In 2015, Nick Cannon shot King of the Dancehall, which premiered at the Toronto International Film Festival two years ago and is available on YouTube Red.

Back to the present, earlier this year, Toni Morgan Haye shot the feature Asgaya, which is currently in post-production for Netflix.

Without revealing the plot twist, Robinson hints that a second instalment of Yardie is a possibility that could again be filmed in Jamaica.

"Idris himself has been wonderful in speaking publicly through social media about the great experience that he had filming in Jamaica, and I really have to thank him for being so supportive and positive about the future of the industry here. I hear he's already planning to shoot the sequel here," she said.