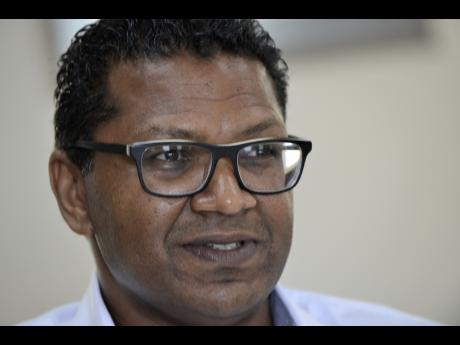 As Seprod grapples internally on whether to hang on to its sugar operation, the company is chasing a tax break to offset the losses that continue to mount in the near decade that it has owned the Golden Grove factory in St Thomas.

Seprod CEO Richard Pandohie said Tuesday that the company has approached the tax authorities, through the Ministry of Finance for a $1 billion break, which equates to a quarter of the $4 billion losses wracked up by the sugar operation over time.

A day earlier at the company's annual general meeting, Pandohie advised shareholders that the next 12 months would be crucial in determining the fate of the factory, which was founded back in 1924, and acquired by Seprod and partner in 2009 under the sugar divestment programme pursued by the Jamaican government.

Pandohie personally took charge of the turnaround effort over the last two years, but says while there has been improvement in some areas, profitability was not among them.

"Yes, we have reduced the cash burn but that is very little consolation for an operation that continues to destroy value," he said.

"Management can confidently say to its board and its shareholders that the haemorrhaging will not go beyond the next 12 months."

Pandohie said management has put in all reasonable efforts to achieve a break even position, but said the company had not determined the particular route to be taken to put an end to the haemorrhaging.

Pressed on the options available, the Seprod boss told the Financial Gleaner that the company was seeking to write off the Golden Grove losses against tax liabilities. The only other option, he said, was to shut down the Golden Grove Sugar Factory.

"We have gone to the government and said to them that we want the ability to take the losses to the group level. If that happens, then we'll continue the operation because at that point the destruction of value would not be to the same extent. If that happens we will stay open. If that doesn't happen, within 12 months we will exit the operation," Pandohie said

Pandohie said the government has said that because Golden Grove has 'approved farm' status, the company can offset its losses against taxable income.

However, Seprod is wary of following the advice without official correspondence confirming that it was an agreed course of action.

"We want that in writing to go forward. I am very hopeful that it can happen. We just need it in writing and we need to be very sure," the CEO said.

If Seprod brings down the shutters at Golden Grove it would deal another body blow to the parish. Some 150 persons got pink slips recently as Seprod shuttered its Serge Island dairy plant.

Shareholders pleaded with management at the meeting not to swing the axe.

"The sustainability of St Thomas until it is built out into a different place needs to be preserved, but I don't think the parish can afford to lose two factories at this point," Pandohie said.