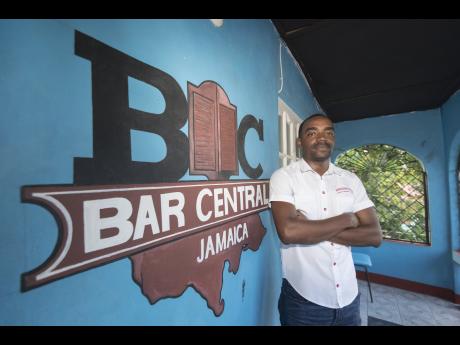 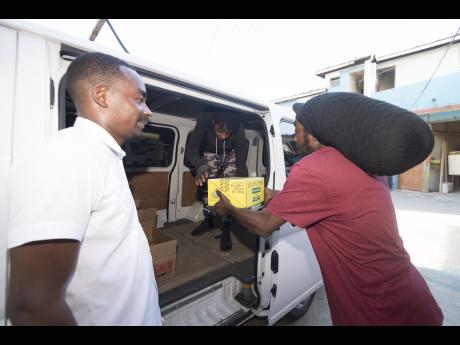 Gladstone Taylor
CEO of Bar Central Limited, Kevin Frith (left), speaks with a work crew at the company's base at Dunoon Road, Kingston.
1
2

Situating his business at Dunoon Road near to some of the toughest neighbourhoods in east Kingston is but one of the many decisions that entrepreneur Kevin Frith has taken "against the grain".

Since prematurely leaving Dunoon Technical High School in 2002, Frith has been on a relentless search for that one business idea that was unique and could turn a profit.

He finally came up with Bar Central, a business that has been carving out a clean space in the volatile and competitive spirits market since 2014. That idea came after an odyssey that involved travels, monumental failures, dogged persistence and a little luck.

Young Frith was an above-average student at Dunoon, as he describes himself. He already had two CSEC passes and City & Guilds qualification in mechanical drawing under his belt by the time he had completed 10th grade.

But then came the accident. He was mowed down by a truck and left with multiple fractures, and then spent seven months between the hospital and rehabilitation therapy trying to recover. Doing the bulk of his CSEC subjects in 11th grade became a forgotten concept.

Frith picked up the pieces and enrolled in the National Tools and Engineering Institute to do a three-year course that would take him up to Level 3 qualification - meaning he could work unsupervised in an industrial setting.

But then he was bitten by the travel bug. He cut the programme short at Level 2 in 2004 and embarked on a five-country European tour in addition to North America, with reggae crooner Coco Tea.

"I wasn't part of any entourage or anything like that. I was just there to take advantage of opportunities for merchandising - whether it be CDs or souvenirs," Frith said in an interview with the Financial Gleaner.

Along the way he took notes for future reference, like the way European bars were laid out and the special treatment to the counters. Back in Jamaica in 2011, the idea of merchandising souvenirs for the Jamaica 50 celebrations seemed like an enticing prospect. Frith took a gamble and plunged headlong into the project, using his own money and borrowing from whoever would lend him funds.

He lost out - big time. Even now he says he's too embarrassed to talk about it.

"The sale on those items did not go as well as was expected. This was after making a serious investment based on certain projections. The Jamaican economy shifted around the time of Jamaica 50 celebrations so I suffered massive losses," the entrepreneur said.

With debts to pay, Frith joined his grandfather Raphael in construction. Needing advice on how to get out of the hole he had dug for himself, he turned to the President & CEO of Proven Management Limited, Christopher Williams.

"I can't say enough about Chris. He helped me out in a big way. He gave me advice on every move without asking for anything in return. I owe Chris a lot," he said.

While working in construction, Frith saw the sorry state of many Jamaican bars. Some of them had company logos and branding that did little for the products being purveyed, he said - and the makings of a business idea began to percolate.

One of his first calls was to Cecil Smith of J. Wray & Nephew, which led to connections with Levi Bloomfield, and eventually his big break.

"I realised that there was a lot of old Wray & Nephew artwork on bars so I made them an offer to renovate and rebrand them. I told them I had a crew ready to execute. They said to go ahead with five as a trial," Frith said.

While doing the five bars, a bar owner in the Barbican area approached Frith saying they wanted to procure spirits directly from Wray & Nephew because there were too many counterfeit products on the market. Frith said he grabbed the opportunity with both hands, taking the products on consignment, making the delivery and landing his first satisfied customer for Bar Central Limited.

Meanwhile, the bar makeovers were a roaring hit. Apart from the external makeover, Frith and his team have a special treatment for the bar counters based on an idea he picked up in North America.

"What we do is to place images of whatever brands Wray & Nephew is promoting and cover that with epoxy resin, leaving it with a very hard durable surface," Frith explained.

Late 2014 saw the company getting more contracts for bar refurbishing and making deliveries of Wray & Nephew products to two parishes.

Looking back at the evolution of his business, Frith is giving a nod to divine order, determination and decisiveness, with a little luck thrown in.

"Getting those first renovation contracts and then making those first deliveries, knowing that I had worked out something that is sustainable, it was like a Lotto moment. Here I am not talking about luck, but rather using God-given talents to produce something that the market is just lapping up," he said.

He adds that the philosophy of exceeding expectations through value-added service has served him well.

"We've brought a lot [of] innovation to the table by going beyond mere distribution and refurbishing. We helped bar owners plan special events knowing that their success would mean more business for Bar Central. The result was that bar owners were so pleased with us that Wray & Nephew gave us four additional routes," Frith said.

The growth of the business and increasing demands brought on by always delivering pushed Bar Central to a position where the company needed to raise capital for expansion and to ease cash flow. Frith reached out to a number of persons in the private sector, and while he got answers that amounted to distant engagement, no investor really threw open the door for Frith to pitch his business - except for Mark Croskery of Stock & Securities Limited.

"Mark Croskery was the only one of the persons contacted who personally called back," Frith said.

"The way I interpret it is that if what I was saying didn't make sense, then the call would not have lasted beyond five minutes let alone 45 minutes," he said of the initial conversation.

Stock & Securities started due diligence checks on Bar Central in November 2016. The terms of their investment in the company agreed in mid-2017.

The negotiations with Stock & Securities has now morphed into a venture capital stake by its affiliate, SSL Venture Capital Jamaica Limited. The size of the stake taken by SSL Ventures has not been disclosed, and while Frith is giving up a part of his company, he says the trade-off is worth it, as it means his company now has the capital to grow.

"The investment has brought about stability to the operations at Bar Central," he said. "Getting help from the banks was not as easy as getting help through the venture capital route. With this I am looking at further expansion and more business," he added.

With the capital injection, Bar Central brought on additional personnel, growing the staff complement to 20, plus an additional set of contractors of six to10. The fleet of trucks was boosted to six for deliveries and two for bar renovations.

With one vehicle per route covering five parishes - Kingston, north and south St Catherine, Manchester, Clarendon and St Thomas - Frith is targeting expansion to 14 parishes for 2020.

"This is not to say that between now and then that we won't take on a parish or two. We're already feeling out some places and we'll see where that takes us," he said.