GB-Texaco pumps $1.4b into cooking and autogas 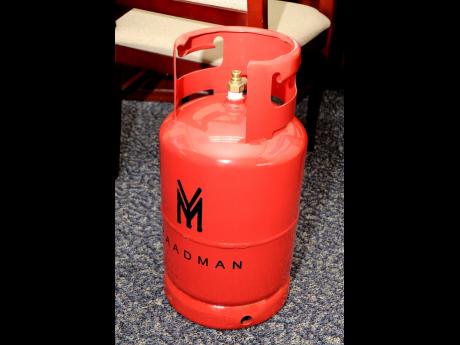 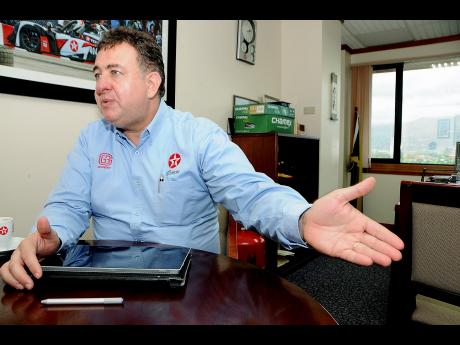 Fresh on the heels of last week's launch of its Texgas liquid petroleum gas, or LPG, for automobiles, GB Energy Jamaica, the local operators of the Texaco gas station network, intends to enter the cooking gas market, in partnership with a local company called Yaadman Petroleum Group.

GB-Texaco CEO Mauricio Pulido says the plan is now with the Bureau of Standards Jamaica for final approval.

The marketing company has put up half of the US$10 million (or approximately $1.4 billion) in the initiative to set up filling plants and a distribution network for Yaadman cooking gas that will be distributed in a small cylinder to households.

That investment, when added to its $700-million Texgas LPG autogas outlay, will bring GB Energy's initial investment in breaking into the LPG market to more than $1.4 billion.

"Yaadman is putting the land and infrastructure of the filling plants, and GB Energy Texaco is putting (in) all the equipment, tanks, pipes, scales," said Pulido in an interview with the Financial Gleaner. "Yaadman's role is to provide the cylinders and the distribution and marketing of them," he said.

Yaadman Petroleum, based in Malvern, St Elizabeth, is owned by businessman Miguel Smith.

Smith is upbeat about the prospects for the business, which he told the Financial Gleaner is "up and ready to go".

"This partnership with Texaco is good branding for Yaadman. Texaco is a well-known and highly respected brand and expectations are high as we seek to break into the market," Smith said.

In making the foray into the household LPG market with Yaadman's bright red 27.5-pound cylinder, Texaco is going up against current market leaders IGL and Massy Gas Products, which distributes GasPro.

The cylinders have already been sourced by Yaadman from China. Already, two household LPG filling plants have been built in Malvern and at Montego Freeport in Montego Bay, with another two to be constructed. One is earmarked for Priory in St Ann, where Yaadman Petroleum and Texaco are also partnering to build a new service station. The other is expected to be located in St Catherine, Smith said.

The Texaco Jamaica country head is highlighting the big marketing company's collaboration with Yaadman Petroleum as an example of a broader corporate approach aimed at increasing business opportunities for Jamaican firms.

"We are going to buy the LPG directly from Petrojam," Pulido said, while noting that his major competitors import their LPG products.

According to Pulido, the partnership approach is intended to ensure that other stakeholders in the gas trade do good business, which positively impacts their bottom line as well as GB Energy's.

The Texgas LPG autogas initiative is also being done in partnership with a local company called Tecnigas, a start-up run by Alex Hill, who will do the conversions of vehicles to run on the LPG fuel.

And GB-Texaco has otherwise partnered with technology company Amber Group on a new payment system for gas customers.

GB-Texaco is going after a significant share of the LPG market, but Pulido would not share his company's projections. Distribution is expected to be helped by the Texaco's current network of 70 gas stations, which is planned to grow to 80 by next year.

The bid for Yaadman LPG to become the preferred brand in homes is taking place as GB Energy also seeks to ramp up LPG sales to institutions through Texgas.

GB Energy acquired the Texaco operations in Jamaica from the American multinational Chevron Corporation in 2012.