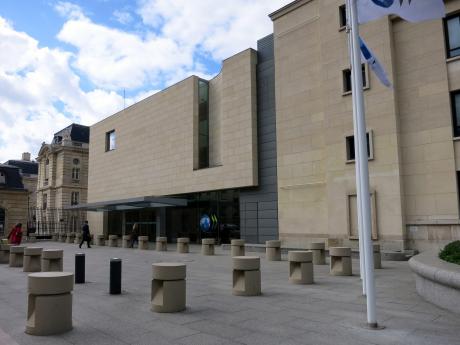 Picasa
The entrance to the OECD Conference Centre in Paris, France.

A few days ago, the Organisation for Economic Cooperation and Development (OECD) warned all financial institutions that many citizenship by investment or CBI programmes that offer passports in exchange for large sums of money create the potential for misuse.

The powerful intergovernmental organisation said that banks and other financial service providers would in future be required to take the outcome of the OECD's analysis of high-risk CBI and residency by investment schemes into account when performing their due-diligence obligations.

Although the OECD recognised that CBI schemes in the Caribbean and elsewhere can be perfectly legitimate, it could not have been clearer. Such programmes, the Paris-based body said, have the potential to be abused to misrepresent an individual's jurisdiction of tax residence, thereby enabling a low personal income tax rate on offshore financial assets.

The OECD further suggested that CBI and similar schemes could also be used as tools to hide assets held abroad from reporting under the Common Reporting Standard that OECD nations and the G20 group of industrialised countries operate.

Why this is significant is because Caribbean governments and financial institutions have still not been able to resolve the correspondent banking problems that arose in 2016, the last time there were significant changes in financial reporting requirements.

Then, risk-averse international banks and other bodies moved to de-risk, finding market withdrawal the easiest way to address changing international requirements and the cost of compliance. The effect was to disconnect many Caribbean financial institutions from correspondent banking services.

Put more bluntly, if past experience is any guide, the OECD's advice could indirectly spell the eventual demise of citizenship programmes which at best have enabled governments to overcome budgetary constraints, but at worst have raised national and international questions that have wider and serious reputational implications.

It is unlikely, therefore, to be a coincidence that several leading publications ran stories in parallel to the OECD's announcement, suggesting a nexus between some citizenship programmes, companies involved in selling citizenship, and others gathering data for third parties to influence political campaigns and outcomes in some Caribbean general elections.

As this column has pointed out before, should just one Caribbean-originating terrorist act arise out of a due-diligence failure by a regional government or its citizenship agents, it will consign much of the region, its tourism economy and its people to something close to pariah status.

For all these reasons, the OECD document and its accompanying papers require reading in full.

They specifically name six independent Caricom nations as having programmes that are considered high risk. Alongside schemes operated by Malta and Cyprus and those of 20 other nations from Qatar to Panama, the document additionally includes two British overseas territories that one might have expected the British government as an OECD member to have thought more carefully about.

The report named 28 nations in total, including some in Europe, such as Cyprus and Malta.

Not only did the OECD note that such schemes "can potentially be abused to misrepresent an individual's jurisdiction(s) of tax residence and to endanger the proper operation of the common reporting standards due-diligence procedure", but it also included practical guidance to financial institutions. This suggested the questions a financial institution might raise with an account holder or by extension with the relevant authorities.

It also said it would work with and provide guidance to jurisdictions "committed to spontaneously exchanging information regarding users of CBI/RBI schemes with all original jurisdiction(s) of tax residence". This would, the OECD suggested, reduce the attractiveness of such schemes as a vehicle for CRS avoidance.

The new report makes clear that OECD nations and the G20 are committed to ensuring that foreign income is reported to the actual jurisdiction of residence.

This and the uncertainty surrounding the tax avoidance and other uses made by holders of their purchased Caricom citizenship suggests that international financial bodies, accountants and lawyers directly or indirectly touched by the new requirements, may become increasingly cautious about jurisdictions offering citizenship programmes; especially if they do not develop voluntary information-exchange arrangements.

This is because it is far from clear how many of those who have successfully applied for citizenship hold onshore or offshore bank accounts in Caribbean jurisdictions; what they may or may not have by way of documentation from their new-found country of citizenship; what they do or do not report to one or another tax authority elsewhere; or if they pay any tax at all.

Citizenship programmes have been under fire for some time now in relation to concern about due diligence when it comes to the issuance of passports, the role of some sales agents, race-to-the-bottom pricing policies, and the regional implications for free movement and sovereignty. Despite this, governments see such programmes as important tools to increase revenue and to ensure fiscal stability.

The OECD's new initiative brings into sharper focus the implications of citizenship programmes that have no residence requirements, raising questions about whether this form of investment any longer has a secure future in the Caribbean.