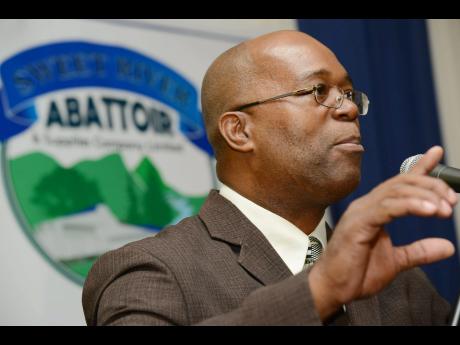 Meat processor Sweet River Abattoir & Supplies has seen its capital base erode as losses mount at the company.

A year ago, the company had capital of $163 million. That shrank to $42 million at the quarter ending June, weighed down by $101 million in accumulated deficits.

Losses of $7 million in the quarter suggested that the company continued to face challenges. Sweet River's management blamed its poor June quarter - when sales also underperformed, dropping 16 per cent from $92 million to $77 million - on the unavailability of pigs in the market. The loss erased the tiny 669,000 profit in the year prior period.

The company had excess inventory that should have offset the supply challenges, but Managing Director Valdence Gifford said the perishables were in danger of expiring as time passed.

"We first had an oversupply, which resulted in a massive build-up of inventory, possibly the largest this country has ever seen. When you have that level of inventory and the product reaches six months and greater, you have no choice but to discount significantly and sell," Gifford said.

Added to that, the company had to offer steep discounts on its product, by as much as 40 per cent, while still having debts to pay and no matching revenue, he added. This has caused a build-up of payables on the company's financials, which, in the course of a year, have doubled from $92 million to $184 million.

The excess inventory problem had a knock-on effect on gross profit, which declined to $7.5 million, compared to $16 million for the previous period - a drop of 54 per cent. The company said it sourced pigs at increased prices, while revenue was largely static because of sales contract arrangements that locked in prices.

The nine-member board was expected to huddle at its next meeting over a rescue plan for the company, according to Gifford.

"We're looking to regroup and reorganise in a bid to come out of the slump that we're in right now," he said.

Gifford would not be drawn on the specific recommendations ahead of the board's sign-off but said the plan would seek a better balance between supply, production and demand.

"One thing that we want to do, though, is to align production with demand so that there is no build-up of inventory as we've had over the last 18 months. We want to have signed contracts that speak to quantities, and this will guide our operation," he said.

Gifford said Sweet River has achieved some success in arranging supply contracts with hotels and hopes to do more business in that regard by leveraging existing relationships.