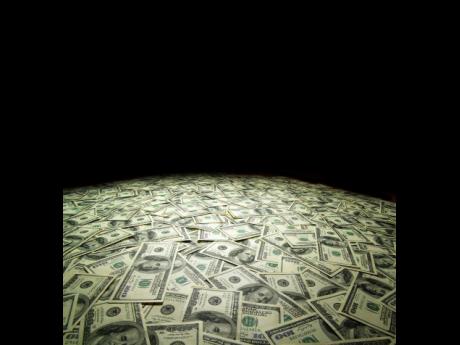 American prosecutors unsealed an indictment on Monday against a Venezuelan media tycoon close to President Nicol·s Maduro's government, accusing him of paying US$159 million in bribes to top officials in exchange for lucrative foreign-currency deals and then hiding the proceeds in luxury Manhattan and Florida real estate.

It was unclear why the three-month-old charges against Ra?l GorrÌn for money laundering and foreign corruption were unsealed Monday. A separate court document said he was now considered a fugitive.

Prosecutors in Miami said in the August indictment that beginning around 2010, GorrÌn paid bribes to two finance officials in exchange for the right to conduct foreign-currency transactions for the government.

He also allegedly paid on the officials' behalf expenses related to three jets and the veterinary services for multiple champion horses, as well as arranging the purchase of a US$4.35-million yacht.

A lawyer for Gorrin did not immediately reply to an email seeking comment.

But unlike other insiders who've kept a low profile, he's tried to use his influence as a media magnate to serve as a potential bridge to the normally hostile Trump administration, even managing to steal a snapshot shaking hands with US Vice President Mike Pence during a visit to Florida last year.

The indictment seeks forfeiture of 24 properties in Florida and New York allegedly tied to GorrÌn, including a midtown Manhattan penthouse with floor-to-ceiling windows that sold a year ago for more than US$18 million.

"The potential loss of millions of dollars of his assets in the US will hopefully add some impetus to GorrÌn's efforts to find an exit strategy to rid Venezuela and the world of the Maduro regime," said Russ Dallen, Miami-based managing partner at investment bank Caracas Capital.

Rigid currency controls in place in Venezuela for over a decade have been a major driver of graft, allowing a privileged few to be able to purchase hard currency from the government at the overvalued official exchange rate and resell on the black market for instantly huge profits.

Prosecutors said payment by GorrÌn to officials was allegedly negotiated in Florida and made through Panama-registered companies and GorrÌn's bank accounts in Switzerland, as well as an unnamed bank he acquired in the Dominican Republic.

A recipient named in the indictment as 'Foreign Official 1' is described as a high-ranking official with influence over Venezuela's national treasury between 2007 and 2010. Those dates coincide with the tenure of Alejandro Andrade, a former bodyguard to Ch·vez who rose through the ranks to become Venezuela's treasurer.

The same person is accused in the indictment of introducing Gorrin to "Foreign Official 2" and the official's spouse - an unnamed co-conspirator - to continue the scheme between 2011 and 2013. Those dates coincide with the years in which Claudia Diaz, a one-time Ch·vez nurse, headed the office.

Since leaving public office, Andrade moved to south Florida, where he bought a lavish horse farm in Wellington, an exclusive enclave known for its horses.

Diaz was arrested in Spain in April along with her husband, who is another former bodyguard for Ch·vez. The two are fighting extradition to Venezuela, where they face money-laundering charges.

Separately, GorrÌn is also being investigated in a case accusing multiple government-connected businessmen of laundering US$1.2 billion from Venezuela's state-run oil company PDVSA.

Although not named in that July indictment, two people familiar with the case said he is 'Conspirator 7', who is described in court papers as the billionaire owner of a Venezuelan TV network.

Matthias Krull, a Swiss banker cooperating with prosecutors in the case, said in sworn testimony that 'Conspirator 7' introduced him to men identified in court papers as 'Los Chamos' - Spanish for 'the kids' - who two US sources said are the children of Venezuelan First Lady Cilia Flores from a previous relationship, and thus Maduro's stepsons.