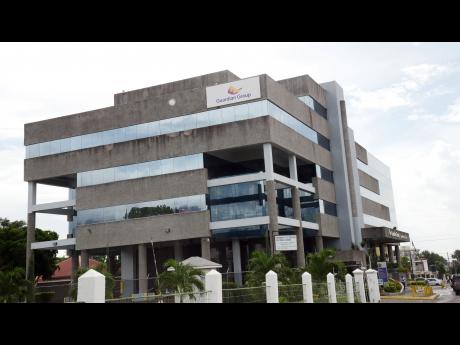 Rudolph Brown
The head office of Guardian Life Limited, a member of the Guardian Group of Trinidad, is seen in New Kingston. Guardian Holdings has been fined by regulators in Trinidad over the takeover offer from NCB Financial Group.

The Trinidad & Tobago Securities and Exchange Commission, TTSEC, has fined Guardian Holdings Limited, GHL, TT$300,000, but while the alleged offence has some bearing on the takeover offer for the insurance conglomerate, the regulator has not disclosed the precise charge.

Guardian will pay the fine but has made no admission of guilt, as noted in a release from the regulator on the finalisations of negotiations between minority owners of GHL shares and NCB Financial Group Limited on a new offer price for the shares.

NCB is to set a new date for relaunching its takeover bid. But corporate secretary Dave Garcia said that's still to be determined.

TTSEC has not responded to requests for comment on the GHL fine.

by-laws, and its resistance to the imposition of a fine upon it in the circumstances described above, the staff has imposed the administrative fine pursuant to the provision of Section 156 of the act," stated the TTSEC. Section 156 allows the commission to impose fines up to TT$500,000.

TTSEC said it took into account the fact that GHL did "not have any prior record" of regulatory non-compliance as a reporting issuer with the commission. The GHL stock trades on the Trinidad & Tobago Stock Exchange.

"Without any admission as to liability whatsoever ... ," said TTSEC, Guardian will pay an administrative fine of TT$300,000 to the commission "in full and final settlement of the matters raised."

NCBGH originally sought to purchase shares in GHL at US$2.35 each for a total value of US$174 million in December 2017. The price, however, was nearly US$1 below the US$3.24 per share that NCB paid for its initial stake in a deal with key shareholders, including Arthur Lok Jack and Imtiaz Ahamad, in May 2016.

Peter Permell, a minority shareholder in GHL, contested the offer mainly on the price differential, and the offer eventually lapsed. The dispute ended up before TTSEC, and the resulting negotiations concluded earlier this month with an agreement for NCB to make a new offer of US$2.65 per share for GHL at a date of its choosing. The offer values the conglomerate at US$614.5 million or TT$4.18 billion at spot foreign exchange rates, which aligns with its current market capitalisation of TT$4.17 billion.

Under the agreement brokered by TTSEC, Permell will "withdraw all and any claims or disputes" relating NCB Financial's takeover of Guardian, the regulator said.

NCB will pay over US$134 million for the additional 21.8 per cent stake in Guardian, according to Financial Gleaner estimates.