Pension funds to venture into new avenues of investment - But with $25b to $50b to deploy, risk management is a priority concern 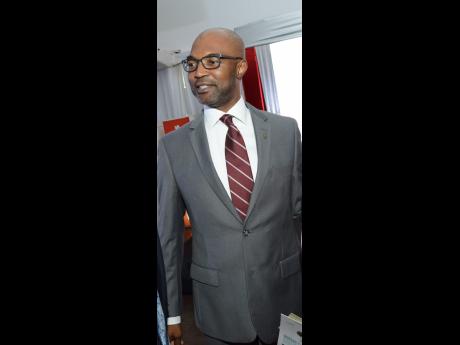 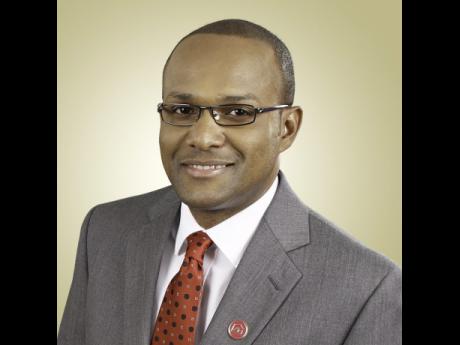 Pension funds could be the conduit for about $25 billion of venture capital financing, but while the Jamaican Government is laying the groundwork for this to happen, it's a more risky bet that traditionally conservative fund managers acknowledge that they need to manage with care.

And at least one industry representative is suggesting that pension funds should be barred from backing individual ventures.

Still, the Pension Funds Association of Jamaica, the PFAJ, and other pension fund managers are generally welcoming of the announcement by Minister of Finance Nigel Clarke that he would be revising investment limits to allow pension funds to invest up to five per cent of their portfolios in venture capital projects.

Clarke pitched the pending policy shift at a forum last week as a part of Jamaica's growth agenda.

"The institutional capital available to pursue growth-inducing, risk-taking activities is severely limited. There is great need to expand access to capital to those who are committed and motivated to pursuing their innovations," said the finance minister.

"For that reason, we are going to change the investment limits for pension funds ... from zero to 5 per cent," he said, adding that based on the $550 billion of pension fund assets, "over $25 billion in capital will be available for investing in venture capital".

Pension regulator, the Financial Services Commission (FSC), in its most recent compilation of private pension fund data estimated assets under management at $552.7 billion in 807 plans. The funds are principally invested in government securities and stocks and shares, as well as real estate and bonds.

PFAJ director Brian Frazer, who was deputised by PFAJ president Sanya Goffe to respond to the minister's disclosure, said that fund managers expect the policy shift to result in the lifting of other investment limits as well, including unlisted ordinary shares or private equities and unsecured corporate bonds. That was echoed by Rezworth Burchenson, the CEO of Victoria Mutual Pension Management Limited.

As for the opening up of the venture capital market to pension funds, Frazer said that it's high risk but has the potential to grow returns for pension portfolios.

"Venture capital as an asset class is risky for several reasons. It represents providing equity financing to new or growing companies with high probability of failure and, in most cases, venture capital investments are illiquid; and as an investor, you will have to hold them for the long term," said Frazer, who is also chief investment officer at Scotia Investments Jamaica Limited.

But, he added, research has shown that an allocation of venture capital to a long-term portfolio of stocks and bonds will increase the return of the portfolio and reduce overall portfolio risk, because of the benefits of diversification.

Burchenson says that the weighting of such investments within an individual portfolio "will vary, depending on the risk profile of the trustees coupled with the risk and experience of the investment manager".

Most venture investments, he noted, may well underperform, but the expectations are that they will be offset by the overperformance of other ventures. For that reason, the investments have to be analysed, not on an individual basis, but in relation to the overall investment portfolio.

The portfolio approach is an "allocation of a quantum of investment dollars - or percentage - to numerous investments of this nature, while being cognisant of the fact that a majority of these investments will underperform, but the minority, which overperform, will contribute measurably to the overall portfolio performance", said Burchenson, who is also deputy CEO of VM Wealth Management Limited.

"Various models and structures are already being used locally and internationally in assessing and selecting opportunities in this space," he said.

CEO of JMMB Fund Managers Limited Christopher Walker similarly cautions that picking investment targets is best done "within the bounds of a fund's risk-and-return objectives", but he, too, noted that the opening up of the venture capital space to pension fund investors is in alignment with other international markets, which have seen positive results.

PFAJ director Dennis Chung was more cautious about the policy change, saying pension regulators will have to put proper guidelines in place to ensure that fund managers do proper risk assessment of investment targets.

Chung is for investments in venture funds, but against pension funds pouring financing into individual companies.

"I would think that you will be only allowed to invest in a venture fund that is well established with managers that have gone through proper due diligence and are of a minimum reputation," said Chung, adding that the risk of failure is minimised in circumstances where the investment is in a properly run venture fund, which itself is invested in several companies.

Frazer estimates that as much as $50 billion of pension funds, factoring for the new limits on both venture capital projects and private equities, will become available as financing, especially for small and medium firms.

But those funds won't all flow into the economy immediately or at the same time, he cautioned, factoring for the expected lag in policy implementation.

"We believe that it will take some time for the appropriate mechanisms to be put in place so that pension funds can participate in the venture capital market in an efficient responsible manner," he said.

Venture capital financing have different stages - formative, which is more risky given the high probability that the new company will fail; or expansion, which is the later stage of the cycle and has a lower risk of failure - and it would be up to individual managers to determine how much risk they can tolerate, the PFAJ spokesman said.

"I expect that initially most pension funds will be investing in expansion state companies as opposed to seed or start-up companies," he said.