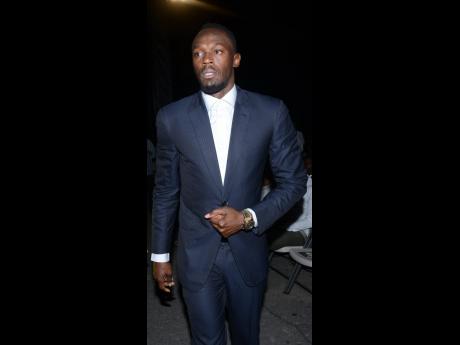 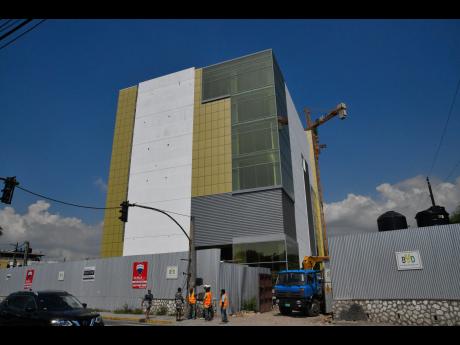 Norman Grindley
Usain Bolt has acknowledged his association with this building under development at Half-Way Tree Road, St Andrew.
1
2

It's been one of the worst-kept secrets in Kingston that sport celebrity Usain Bolt is associated with a large building under development on Half-Way Tree Road.

It now appears that this project may start of the roll-out of more real estate investments into which the Olympian and World champion is pumping some of his wealth.

On Wednesday, Bolt finally confirmed his association with the Half-Way Tree project in a tweet, saying it was one of several to come, but gave no more details.

Bedecked in construction gear, he posted a picture of himself standing in front of the construction site on social media saying: "You heard it here first. First of many!"

Months ago, the project managers promised to speak with the Financial Gleaner about the development, but did not follow through. On Wednesday, project representative Deighton Levee said their client still was "not doing any press at this time", notwithstanding Bolt's tweet.

It's rumoured that the development will be leased to business process outsourcing clients on completion, but that, too, is to be confirmed.

The project is being managed by Gary Matalon's and Richard Levee's company, Neustone Limited. Although Bolt appears to be confirming that he is an investor in the property, it's still unclear whether he is a majority or minority owner and what stake, if any, his development partners hold.

Bolt and Matalon are already business partners through KLE Group Limited, the listed company that oversees a casual-dining outfit to which Bolt has licensed his name - Usain Bolt's Tracks & Records, or UBTR, which currently has outlets in Jamaica and London.

"Thanks for the interest in Usain," said Nugent Walker on Thursday. "Sorry. At this time, Usain is not officially commenting on this project. However, when he is, I will be sure to share with you all the information."

Bolt's net worth is unknown, but the champion sprinter, and world's fastest man, is reported to be among the highest earning athletes of all time.