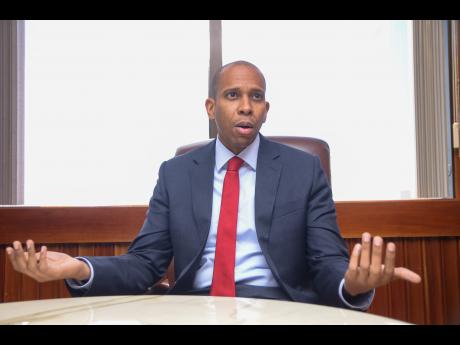 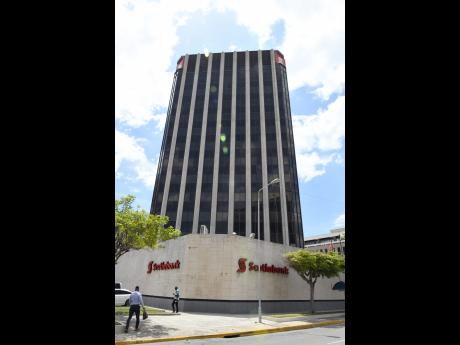 File
Headquarters of Scotia Group Jamaica on the waterfront in Kingston.
1
2

David Noel, who heads Scotiabank's Jamaican operations and has oversight of the international bank's Caribbean North and Central region, says the current move to jettison nine regional markets is unlikely to be replicated elsewhere in the region.

Scotiabank Canada itself said in briefings last week that in the markets in which it remains, its operations would still cover 90 per cent of the region. The nine country operations - Guyana, St Maarten and the Eastern Caribbean territories of Anguilla, Antigua & Barbuda, Dominica, Grenada, St Kitts-Nevis, St Lucia, and St Vincent & the Grenadines - are being sold to Republic Financial Holdings Limited (RFHL) of Trinidad & Tobago for US$123 million.

Noel, who is president and CEO of Scotia Group Jamaica, said in an interview with the Financial Gleaner that the parent bank was trying to shed regulatory burdens, while creating space to focus on core markets in the region.

He has oversight of markets in Jamaica, The Bahamas, Cayman Islands, Belize, the British Virgin Islands and Turks & Caicos Islands. In addition to those country operations, all of which were untouched by the sale, Scotiabank will also continue to operate in Trinidad & Tobago, Barbados and the Dominican Republic.

Although Scotia Group Jamaica and Scotiabank Trinidad are shedding their life-insurance businesses in a separate deal with Alignvest of Canada, Noel said Scotiabank is set to grow in Jamaica and expand in the Dominican Republic, where it has just bought a new bank - Banco Dominicano del Progreso. The new acquisition is to be merged with Scotia's investment bank in that market, he said.

Scotia will be adding to what it describes as "centres of excellence" that synchronise back office functions, as a cost-efficiency measure.

In Jamaica, Scotiabank is spending $400 million on a new branch in Kingston and will be adding sales, advice and service roles in the coming year; but more immediately, Scotiabank will be announcing a new mobile initiative, this week, which is a continuation of the bank's investment in digitalisation, Noel said.

Hinting at the announcement to come, he said it surrounded a partnership on mobile payments.

"The way we see Jamaica going is more in the way of digital payments using phones, computers, iPads, cards for digital transactions. It's more secure," said the bank president. "You can make payments 24 hours a day from anywhere."

Scotia Group is Jamaica's second largest banking network with assets of $535 billion at the third quarter ending July - its year-end results are pending. Its loan portfolio has shown only modest signs of growth at around eight per cent in the past year, while its top rival, National Commercial Bank, has grown its loan book at nine times that pace.

NCB currently holds $440 billion more in assets, and around $195 billion more in loans, and is set to grow further with the pending takeover of Guardian Holdings in Trinidad & Tobago. Scotia Group, meanwhile, depends on its organic products and services for gains, which limits it growth opportunities. And it will be shedding one area of its business - life insurance - between 2019 and 2020.

Still, Noel says the prospects for future growth are significant, given the investments being made and reforms under way.

On Tuesday, Scotiabank Canada announced two transactions, one which was the sale of operations n nine Caribbean markets to Republic Financial and the sale of its insurance companies in Trinidad and Jamaica to Sagicor Financial Corporation. Simultaneously, Sagicor announced its pending takeover by Alignvest of Canada. Alignvest said later it was buying the insurance assets for US$240 million - US$144m of which would pay for the Jamaican operation - and that the businesses would be merged with Sagicor's operations in the respective countries.

Noel said the bank faced "a number of regulatory and compliance challenges" in its multiple markets and took a strategic decision to focus on countries that were "core to our operations in the Caribbean and in which we have enough scale to effectively manage those operations".

Under the insurance deal, the operations of Scotia Jamaica Life Insurance Limited will be merged with Sagicor Life Jamaica, and Scotia and Sagicor will partner on product distribution.

The "vast majority" of SJLIC employees are expected to staff a new insurance sales unit in side Sagicor, but Noel did not specify the number of jobs to be lost.

Noel also signalled that other changes are pending as the bank focuses on new efficiencies and shifts functions to other markets, and that discussions are being held in that regard with the unions.

"We are shifting the way our business is structured using the best of technology. There are huge opportunities," he said. "We are always looking to find ways to improve. The aim is not to make workers redundant."

"We are focusing on growth which is sustainable, with the vast majority of people positioned to take advantage," said Noel. "We have reduced the number of back-office roles and applied technology for greater efficiency, but we have also invested in the roles which will provide advice to customers which will help them to be better off," he said.