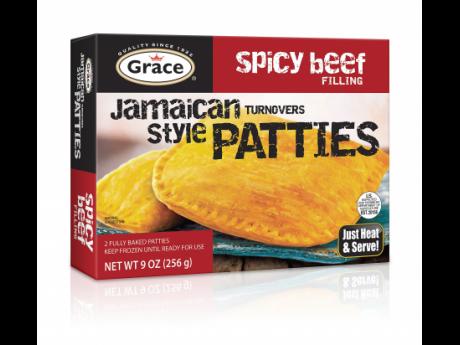 Food and financial services conglomerate GraceKennedy Limited has big plans for the expansion of a new joint-venture food business in the United States.

Patty manufacturer Majesty Foods is based in Florida, but GK wants to expand along the US east coast and in the Midwest, home to the largest population of the Jamaican diaspora. The Majesty deal comes four years after GraceKennedy's acquisition of another processing and distribution company La Fe Foods that became the conduit into the Hispanic market for the Jamaican conglomerate back in 2014.

GK's latest acquisition - 49 per cent of Majesty Foods through Grace Foods USA Inc - was made with an eye on opening channels for its frozen food and other products. It also puts GraceKennedy in a new market segment - the distribution of patties. The meat-filled, savoury pastry is a favourite in Jamaica and among Jamaican communities globally, but GK has chosen foreign soil for its market entry.

The synergies from Majesty Foods and La Fe's manu-facturing operations "will strengthen our positioning in the frozen-packaged foods and food service markets in the US," said GK Group CEO Don Wehby. "In the future, we intend to broaden the product portfolio, deepen distribution through existing relationships, and expand our geographic scope."

Patties and empanadas marketed under brands Patty King and Latin Delights represent a large part of Majesty's business, but the combined manufacturing portfolio will have a wider range of products for the Caribbean, Hispanic and mainstream markets, such as croquettes, tamales, rices and beans, sofrito and jerked chicken wings.

Asked whether there would be a merger of the two outfits, Wehby said Majesty Foods will be operated separately, but will supply La Fe products as well as other items to other large

US distribution companies, wholesalers and retailers.

The price paid for the 49 per cent equity stake in Majesty Foods was not disclosed, but it comprised a combination of cash, working capital and fixed assets, including equipment, he said.

The conglomerate, which has a cash hoard of $11 billion, has been buying up stakes in various companies since 2017 and is still in an acquisitive mode. It remains on the hunt for other opportunities in the US and other markets.

"We have been fairly active over the past 12 months in the local and international foods sectors," said Wehby, while citing GraceKennedy's purchases of a 33.33 per cent interest in Gray's Pepper Products Limited, 35 per cent of Catherine's Peak bottled water brand; and in the financial services sector, expansion of GK's regional merchant banking business through associated company Signia's acquisition of Globe Financial in a BDS$11.8-million deal.

Those purchases were in 2018, but the conglomerate also acquired 100 per cent of Consumer Brands Limited, a $1-billion deal in September 2017 that added Procter & Gamble products to its distribution portfolio.

GK's acquisitions and other company initiatives all come within a wider context - the conglomerate wants to be a much stronger company when it hits its centenary in 2022, but more immediately, it is aiming for a target of $100 billion of annual revenue this year to become the first Jamaican business whose ordinary shares trade on the stock market to reach that goal. It needs another $27 billion to $30 billion to make the target, having reported revenue of $70.8 billion up to the third quarter ending September, or $73.8 billion when interest income is added to the mix.

Among its other investments, GK is preparing to launch a 60,000-square-foot plant at Denbigh, Clarendon, that will become its sixth manufacturing facility in Jamaica. That plant will supply products to the US.

"We will also explore the opportunity, over time, for Grace Agro Processors to supply raw materials for our US manufacturing JV, Majesty Foods," Wehby added.

Majesty Foods does not operate a retail network. Its products are channelled through retailers such as Publix and Whole Foods supermarkets.

Now that the joint-venture transaction has closed, the company is currently expanding its factory, and the combination of that operation with the Grace Foods USA's 23,000-square-foot cold storage and food-processing facility located in Florida is to begin January 2, Wehby said.

The other principals of Majesty Foods, Gary Tie-Shue and Colin Chang, who are also of Jamaican descent, and who control 51 per cent of the company, will continue to lead the manufacturing operation they started 20 years ago.

As a part of their partnership agreement, Grace Foods will outsource its factory operations, which include the production of frozen Hispanic and Caribbean products for the retail and food service channels, to Majesty Foods.