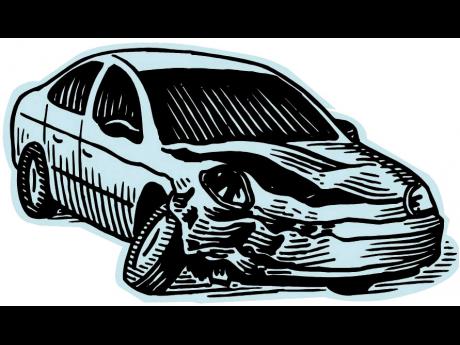 Question: On Thursday, February 1, 2018, I was involved in a collision in Greater Portmore. It occurred along Queens Avenue, near to the Resident Magistrate's Family Court on SW 1st Avenue and the health centre. I was travelling on the major road. As I approached the health centre, the third party exited into the path of my vehicle without stopping. I blew my horn. He increased his speed but had to stop to avoid hitting a pedestrian. I swung my car to the left to avoid a collision. My car hit his right rear fender. The accident would not have occurred if he had not driven out in front of my car. At the police station, I learned that he is vision- and hearing-impaired. The cost of repairing my car was $150,000. My insurers paid $115,000 while I paid the deductible. Neither my broker nor insurer has succeeded in getting the third-party insurer to settle my claim after 11 months. Can you please help?

INSURANCE HELPLINE: Guest columnist for this newspaper, Damion Gordon, recently called the Jamaica Constabulary Force "dysfunctional, inefficient, and unprofessional." He used those words to describe that institution after his failed attempts to get an official report about a motor vehicle accident for his insurance claim. The collision occurred on September 25.

Are these labels fair and accurate? Can they also be applied to the private sector-owned broker and insurer of the third party with whom you have been interacting for almost 12 months? Does the government-run regulator, the Financial Services Commission, FSC, share some of the blame for your experiences?

The out-of-pocket expenses that you have incurred amount to thousands of dollars. There is no guarantee that you'll recover those costs even though the other driver appears to have insurance, as required by law.

There are probably thousands of persons who experience problems like yours. This is because there are no rules to guide how motor insurers should handle third-party claims. Neither the Insurance Act 2001, the rules and regulations under that law, the websites of the Financial Services Commission and the Insurance Association of Jamaica, nor the FSC's June 30, 2014, Market Conduct Guidelines for Insurance Companies and Intermediaries contain any specific information or standards on how claims like yours must be treated.

Motor insurers' 2017 claims expense amounted to $16.9 billion. About half of that amount was paid to policyholders. The balance was paid to third parties. The absence of rules for the $8.4 billion is a big loophole that is not subject to regulatory oversight.

Some insurance company heads, I believe, are not shy about using the loophole to inflate their financial results. Third-party claims are placed on the proverbial 'back burner'. Some can remain there until they become statute-barred.

A few years ago, I suggested a way that all motor insurers should treat third-party claimants. The recommendation was not implemented. I concluded that they and the regulator thought it was a bad idea.

The other driver's vision and hearing impairments could complicate the settlement of your claim. This assumes that you had the misfortune to encounter a poorly trained claims official. He or she could say that the other driver had failed to disclose the impairments to the insurer.

Do not say anything to them on that subject. In my opinion, you are under no legal or ethical duty to share that information with the company. On the other hand, even if the driver did not disclose those medical conditions, the insurer would still be legally obliged to settle your claim under section 8 (2) (a) of the Motor Vehicles Insurance (Third-Party Risks) Act.

In order to get your claim placed on the third-party insurer's front burner, you will need to get the following information:

- The full name, title, and email address of the head (managing director or president or CEO) of the insurer of the third party;

- The full name, title, and email address of the head (managing director or president or CEO) of the insurer of your broker;

- The full name, title, and email address of the 'boss of bosses' of the managing director, president, or CEO of the insurer; and

- The full name, title, and email address of the person who heads the FSC's Complaints Division.

Write a letter of complaint to the head of the insurer and send copies to the other persons providing full details about your motor vehicle, year of make and licence number, and similar information about the vehicle that was driven by the third party, stating his name and address.

Send a copy of the location diagram that you obtained from the internet. Submit a detailed statement of the circumstances leading up to the collision.

Include the following paragraph in the email:

"My experiences over the last 11 months have led me to conclude that your company has not acted in compliance with the FSC Market Conduct Guidelines dated June 30, 2014, - specifically, section 3.1.1, section 3.1.4, section 3.1.5, section 3.1.7, section 4.2, section 4.5, and sections 11.1 to 11.3 inclusive - in relation to the handling of claims. I am putting your company on notice that I have contemporaneously filed a complaint with the Financial Services Commission. If I do not receive an offer of settlement by Monday, December 31, 2018, I plan to instruct my attorney to file suit without further notice."

Please let me know what happens. Best of luck!