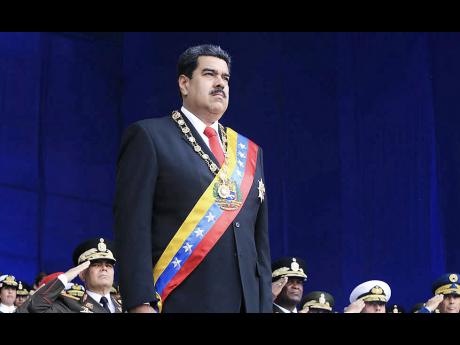 A trust representing holders of Venezuelan bonds filed suit in New York federal court on Tuesday demanding payment on more than US$34 million in unpaid debt.

The lawsuit is believed to be the first by a long list of investors not being paid by Venezuela's socialist government as it confronts a historic cash crunch worsened by hyperinflation and collapsing oil production.

It was filed by Casa Express Corp, a firm registered in Coral Gables, Florida, which said it represents investors in dollar-denominated bonds issued in 1998 and 2002.

Last year, Venezuela stopped paying interest and principal on US$65 billion in bonds issued by the government and state oil company PDVSA. Creditors had been reluctant to sue for fear of racking up huge legal fees with no repayment scenario in sight as long as President Nicolas Maduro remains in power and under US financial sanctions barring new lending to his government.

But their patience has worn thin as other stiffed lenders like ConocoPhillips have jumped ahead of them and sought to seize Venezuela's limited number of foreign assets, such as PDVSA's US subsidiary Citgo.

Last week, a group calling itself the Venezuela Creditors Committee hired top-flight law firm Cleary Gottlieb to explore its options in the face of efforts by individuals to satisfy claims that have "skewed recoveries in their favour to the detriment of bondholders". The group said it represents Wall Street investors holding some US$8 billion in Venezuelan and PDVSA bonds.

"There is likely to be a surge of lawsuits attempting to get at what is left of Venezuela's assets," said Russ Dallen, head of Caracas Capital, who was the first to draw attention to the bondholder lawsuit in a note to investors.

There was no immediate response from Venezuela's government. Jeremy Wallison, an attorney representing the bondholder group, did not respond to an email seeking comment.

The little-known Casa Express was created in 2015 by Luis Gamardo Medina, who is listed as its president in Florida corporate records.