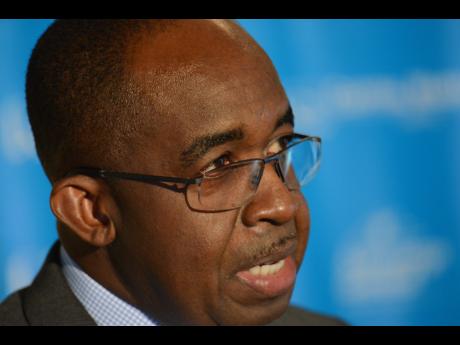 NCB Financial Group Limited has reverted to its original plan to grow its stake in Guardian Holdings to 62 per cent, and is willing to pay a higher price than the negotiated terms it had agreed to with regulators back in November to entice minority investors.

It will see the Jamaican banking conglomerate, which already owns 29.99 per cent of GHL, paying US$204 million to take over an additional 32 per cent of the Trinidadian insurance conglomerate, at US$2.79 per share - which amounted to a premium of around 11 per cent on the stock's pre-offer trading price on the Port of Spain exchange.

In November, the bank had committed to an offer of $2.65 per share and a less ambitious takeover target, under which it would up its stake to 51.85 per cent.

NCB will make the new offer of US$2.79 per share to minority owners of GHL within 30 days, through NCB Global Holdings Limited, the banking group said in a second market filing on Wednesday.

Efforts at comment from NCB as to why getting to 62 per cent ownership of Guardian Holdings Limited was so important to the group, and whether the target was in any way tied to future deals, were unsuccessful.

The key shareholders from whom NCB acquired the initial stake in GHL are helping to finance the increased offer to minority owners.

Trinidadian Peter Permell, shareholder activist and a minority owner of GHL stock, described the improved offer as a "Christmas present" that shareholders will view as a form of goodwill.

"I think this will not only further benefit the minority shareholders but, in the process, NCBFG may have also done themselves a favour as this could only augur well for good Trinidad & Tobago-GHL shareholder/investor relations going forward," he said.

He also views the development as further vindication that activism can work in the Caribbean once shareholders have the "testicular fortitude to challenge" corporations on adherence to the securities laws.

NCB Financial said in its release on the pending offer that NCB Global will receive funding of US$45 million to partially finance the share purchase from key shareholders, including Arthur Lok Jack, Shiraz Ahamad, Reyaz Ahamad and Imtiaz Ahamad. The terms of the financing arrangement were not disclosed.

The bank, which is owned principally by Chairman Michael Lee-Chin and managed by Patrick Hylton, first launched its takeover offer for Guardian at the end of 2017, having acquired its initial holdings in the insurance conglomerate in May 2016; but minority shareholders revolted at the takeover price of US$2.35 per share, and demanded an offer that was closer to the US$3.27 per share that NCB paid for the early stake.

The dispute was eventually settled before the Trinidad & Tobago Securities Exchange Commission.