Plastics maker to cut jobs, after rejection of ban alternative 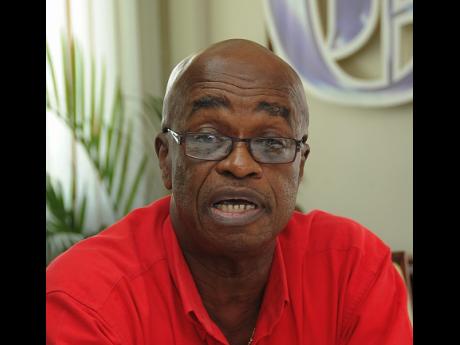 The plastics ban, which takes effect on January 1, will see Agri & Industrial Packaging Limited cutting a fifth of its workforce.

The company is cutting one unit, having failed to convince the Government that its alternative product to the single-use plastics it currently makes conforms to the ban.

"I'm looking at about a 20 per cent cut in my staff complement, and given that there are about 100 persons, you can do the math," CEO Hugh Gray told the Financial Gleaner from his Lyndhurst Road, Kingston, plant ahead of a staff function for the holiday break.

He had initially hoped to save those jobs under the company's planned switch to bags made of oxo-biodegradable plastic material - a plan that Agri & Industrial had been working on before the Jamaican Government announced its clampdown on plastics for environmental reasons.

"I'm not dealing with them at all because I've been talking with them for a long time and I'm getting no traction from them," a disappointed Gray said.

"What I've been doing is to say to my customers, like the hotels, that they should use the oxo-biodegradable bags and the reaction has been very good."

The Government's point man on the plastics ban, Senator Matthew Samuda, confirmed to the Financial Gleaner that the ban would also cover oxo-biodegradable plastics.

"The recommendation from the working group chaired by Parris Lyew-Ayee, Jr was that based on the available science and the research and discussions, the oxo-biodegradable was not an optimal solution," Samuda said on Thursday.

"The science says that it is only under specific circumstances that the plastics do degrade. What was unclear was what they degraded to. Indications are that they don't degrade to, say, oxygen but rather micro-plastics, which is worse for the marine environment," Samuda explained.

Gray is warning of the possibility that some players may seek to circumvent the ban, which covers bags measuring 24x24 inches and under. He repeated his charge that China has been dumping goods in Jamaica and that marginally larger bags would be exported here from that country, requiring the authorities to be on alert.

"We know that they're on their way, but we don't know if any of it is here yet. My information is that since the ban is from 24x24 inches downwards, they are making them 25x26 inches," Gray charged.

Samuda, while not dismissing the report, reiterated that the Government in formulating the policy around the ban, at the size arrived after countless meetings with various interest groups.

He said that any attempt to use bags that are slightly larger would lead to practical problems for those seeking to sneak under the radar.

"The issue they will have is that as the bags get bigger, they will have to make them thicker to hold the weight that comes with the supermarket-type requirements. This will change the pricing that retailers and wholesalers would have been used to for those sorts of bags," Samuda said.

Still, he also noted that the policy was not static and would be adapted to changing circumstances.

"Is the policy perfect? I don't think so, but we have to start somewhere in breaking our addiction to plastics. We will cut out what we can and then

adjust based on periodic reviews of the sociological, environmental, and economic impact," Samuda said.

The senator is credited with being the architect of the policy behind the ban, for which he introduced a private member's motion in the Senate in October 2016.

The ban covering single-use plastic bags and Styrofoam containers will be implemented through a Ministerial Order under the Trade Act. Jamaica will join Dominica, The Bahamas, and Grenada as regional territories to ban a range of plastic and Styrofoam products.

"We're firm on the fact that reducing plastics is the way to go. These measures are part of myriad possibilities that will eventually be explored and possibly implemented," Samuda said.