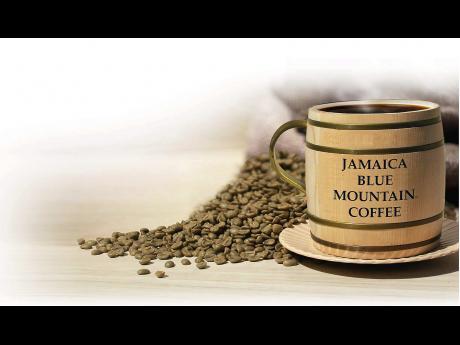 The Japanese have legislated that January 9 be proclaimed Jamaica Blue Mountain Coffee Day in Japan in recognition of that date on which the largest shipment of the product left Kingston to the Asian country in 1967.

That followed the first direct shipment in March 1953 by Keble Munn of Mavis Bank Coffee Factory.

The date has also been adopted locally. Norman Grant, chairman, Jamaica Coffee Exporters Association (JCEA), said on Monday that the celebration of both locally and in Japan is part of the initiative to reposition the brand, which he believes is currently valued at approximately US$500 million.

Grant said that with the JCEA aiming to develop the brand and expand the market, he is also seeking the engagement of the more than 25 million coffee stakeholders globally to "join Jamaica in celebrating the finest coffee in the world."

The JCEA represents more than 7,000 coffee farmers in conjunction with the Jamaica Agricultural Commodities Regulatory Authority and the Association of Japan Importers of Jamaica Coffee.

He said the JCEA is aiming to promote the celebration of the Coffee Day globally.

Jamaica's coffee industry generates approximately US$25 million annually. Eighty-five per cent of production is generated by small farmers, with the Japanese market absorbing 70 per cent of Blue Mountain Coffee exports, a product widely regarded as the best in the world. The United States imports 20 per cent and Europe and the rest of the world 10 per cent.

Grant said the celebration is being endorsed by JAMPRO and the Jamaica Tourist Board.

The JCEA, he said, in tandem with the various stakeholders, is aiming to grow and redevelop the Jamaican coffee industry through "increased production and productivity of farmers, sustainable prices, brand development and expansion, and market development and diversification'.

Grant said the JCEA is recommending the imposition of a cess on imported coffee to be used to expand the brand.

It is also advocating providing support to the country's coffee farmers and retaining Jamaica Blue Mountain Coffee branding as a high-end, premium product "targeting the high net worth consumer segment and build back the volumes in the Japanese market at sustainable prices".

He said that the aggressive marketing of the product to the 4.3 million tourists visiting Jamaica annually and expansion of value-added activities in Jamaica are fundamental aspects of the strategic repositioning of the industry.

Grant said the JCEA is also aiming to gain support through Jamaica's representation and presence at key coffee trade shows in Japan, the United States, Europe and China "as this is critical for building new clients and diversifying the customer and consumer base".

The association is expected to sign a memorandum of understanding with JAMPRO on Friday, covering the development of a five-year brand promotion and expansion strategy.