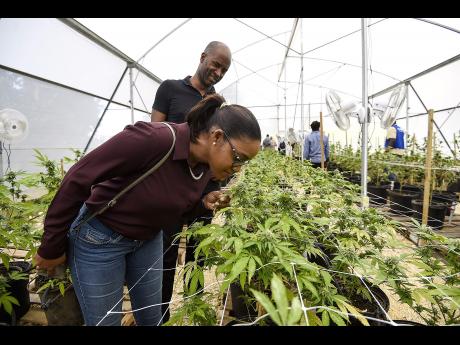 Kaya Inc, which operates a herb house in St Ann, paid over CAN$250,000, or roughly J$24 million, to reverse steps that were undertaken for a proposed merger with Canadian outfit, Buzz Capital.

Kaya CEO and founder Balram Vaswani told the Financial Gleaner on Monday that the herb house eased the plan in favour of a ''better deal''. He did not disclose additional details at the time as he was preoccupied with a business meeting. Subsequent calls to his mobile phone number went to voicemail.

The original deal was expected to see the local company reverse merge with Buzz, which is already listed on the venture arm of the Toronto Stock Exchange. In the process, Kaya would raise CAN$8.5 million of which CAN$3 million would come from an entity called HIKU Brands. The listing was aimed at partially financing the local expansion of Kaya. Vaswani said that despite the termination of the deal, Kaya plans to expand to Trelawny in short order.

Buzz, however, announced in a December 31, 2018 filing to its Canadian investors that it received payment of a "break fee in the amount of $250,000 CAD from Kaya Inc." It further explained that the fee was in connection with the termination of the previously announced business combination between Kaya and Buzz.

"Each party is now free to pursue alternative transactions," said the notice to investors.

Buzz stated that it will utilise the funds to continue to search for "prospective opportunities" to maximise value for shareholders. Kaya Inc is a licensed ganja entity in Jamaica that opened the island's first legal herb house last March.

Buzz was formed in 2017 and listed on the TSX Venture Exchange in the same year with the intent of being utilised as a vehicle for a takeover. A deal was initially announced in late March 2018 with the issue of a letter of intent. Negotiations were to be finalised in mid-April 2018, which would have resulted in Kaya shareholders owning nearly nine-tenths of the amalgamated shares.