JPS full switchover from HFO to LNG to go beyond 2020 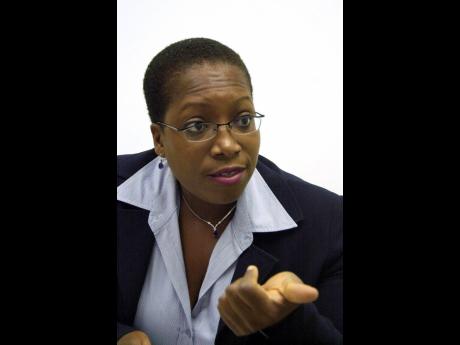 Power utility Jamaica Public Service Company Limited, JPS, will decommission all its plants that run on heavy fuel oil, HFO, a programme that will extend beyond 2020 amid the continued switchover to liquefied natural gas, LNG, as its main fuel source.

That policy and operational shift means that the utility’s main source of fuel will no longer be Jamaica-controlled Petrojam, but that company will remain its source of alternative fuel – automotive diesel oil or ADO.

JPS power stations are being upgraded to combined cycle plants fired by LNG or, alternatively, ADO. The switchover affects four power plants: the first conversion was the 120MW Bogue plant in Montego Bay, which was completed and commissioned in 2016; the 190MW Old Harbour station in St Catherine is already under redevelopment; and the conversion of the Hunts Bay and Rockfort power stations in Kingston is pending.

JPS director of communications Winsome Callum says the commissioning of replacement capacity for the plants to be retired will begin in the latter part of 2019.

“Hunts Bay B6 and all the Old Harbour Bay units are scheduled to be retired by the end of 2020,” said Calllum. “However, the Rockfort units are to be retired at a later date, subject to the finalised Integrated Resource Plan, which is being developed by the Ministry of Energy,” she added in an updated email on Tuesday.

To date, JPS has invested US$330 million in the reconstruction of the Old Harbour plant and US$15 million to upgrade the Bogue station – both of which are supplied with LNG by New Fortress Energy. The cost of the remaining two plant-conversion projects was not disclosed.

Callum said that currently, 22 per cent of the electricity supplied by JPS is produced with natural gas. This is expected to increase to over 50 per cent by the time HFO is taken offline at the end of 2020. The Jamalco 94MW LNG plant – a project of gas supplier New Fortress and the alumina refinery – is also due to come online that year. That plant will supply electricity to the JPS-operated national grid under contract as an independent power provider.

In the interim, JPS’s Old Harbour plant, which is scheduled to come online in June, is expected to push LNG-fired power to 45 per cent this year, while JPS’s projection for renewables – wind, solar and hydropower – in that same time frame is 15 per cent of the energy mix.

JPS reported last week that it spent US$191 million on heavy fuel oil in 2018 but expected to carve 25 per cent off those costs this year to US$155 million with the commissioning of the Old Harbour plant at mid-year.

“The price of LNG, along with a diversified fuel mix, competitively priced alternatives such as renewable technology and government regulations will determine accelerated LNG usage,” Callum said.