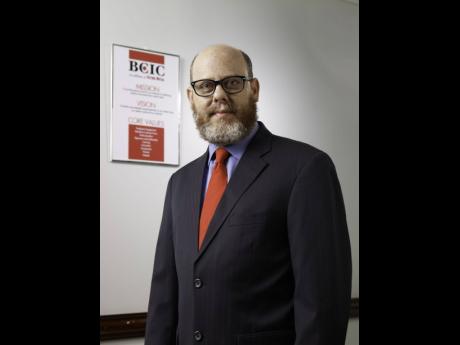 BCIC expects its motor premium pricing to fall as it rolls out a new ­technology platform and migrates customers online.

The general-insurance company is also upgrading the facilities at its headquarters in downtown Kingston with several changes, which are also customer-centric, Managing Director Peter Levy said on Wednesday.

The initial works are focused on the ground floor, but all five storeys of the BCIC building will ­eventually receive a makeover.

“The renovated offices will boast quick-service kiosks where customers can easily get a quote or make a claim with the comfort of knowing that a helping hand is nearby. All customer-facing areas will be on the ground floor so that customers can get what they need quickly and easily,” Levy told the Financial Gleaner.

The investment being made in the renovations, which began last September, was not ­disclosed. Levy said only that it would be in the nine-digit range.

As for the ­company’s tech focus, the online platform is ­operational, with “major upgrades ­coming in the next few weeks,” he said.

BCIC is one of around seven ­general insurers. Its latest annual financial results are yet to be ­published, but in 2017, the company made a profit of $641 million on gross premiums of $6.98 billion, while its assets stood at $11 billion.

Levy said that 2018 was also a “strong year” for BCIC, with revenue growing more than 20 per cent, and that normalised pre-tax earnings – that is, absent the effects of one-off gains from the previous year – would improve by less than 10 per cent.

“We are confident that this level of growth will continue into the coming year,” he said. “With our push for improved operating ­efficiencies, we anticipate a higher rate of return in 2019.”

Levy also declined to comment on the cost of the online platform, saying that most of the investment was the time given to the project by BCIC to get customers’ feedback on their needs and preferences.

“They told us that they wanted to be able to get their motor certificates as quickly as possible and with minimal paperwork. So we are upgrading our online ­platform to deliver just that,” he said.

Policyholders will be able to renew their policies online, pay their premiums, and print their insurance certificates “all from the comfort of their home”.

“We plan to make the 30-day cover note a thing of the past. Once you have met the requirements, you get your annual certificate right then and there,” he said.

BCIC policyholders may also report their claims online, whether for motor, home, household ­contents, motorcycle or ­windscreen damage. Once the claim is ­submitted, it will be assigned immediately to a claims care ­representative, who will contact the claimant within 24 hours.

That initiative kicked off last year as part of a broader programme to make the claims process easier for policyholders.

This year, the company is going even further “by removing the requirement for customers to give us an estimate of the damage to their vehicles”, Levy added.

The changes are expected to result in an up to 50 per cent ­reduction in the claim settlement turnaround time, while removing the cost to obtain the estimate, which is usually around 3-5 per cent of the estimated repair cost. The new process also features the immediate appointment of an assessor.

For 2019, capital expenditures planned for continuous technology upgrades would be in the eight-digit range, the BCIC boss said.

The migration of insurance ­activity online is expected to result in “20-30 per cent reductions in turnaround time for consumers and a significant reduction in operating cost ratio, which we will be able to pass on to our customers,” he said.