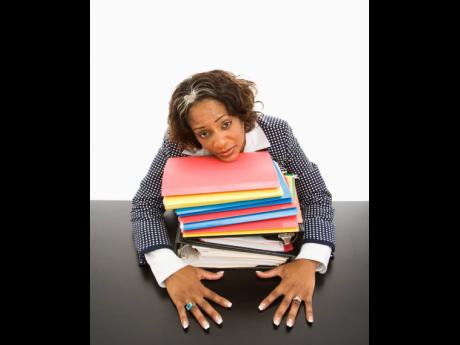 Only one of the many persons who contacted me last week is a regular Sunday Gleaner reader.

However, all shared bad experiences with their insurance companies and brokers. Their stories are relevant to the regulator’s new rules on market conduct. Some of its rules were the subject of last week’s article.

One insurer-claimant encounter stood out like a sore thumb. It involved a third-party who described himself as a teacher. He alleged that his parked car and a building he owns were hit by a truck on April 9, 2018. The driver admitted he was at fault.

Many months later, the claimant posted two videos on social media. The person who sent them to me felt they could be used as content for an article.

The 19-minute videos offer a narrative about the interactions between the teacher and an insurance company. He was reportedly escorted from its offices by armed security guards. He ‘raised his voice’ during a visit after waiting months without any explanation for the long delay in the settlement of his claim.

The company, through its employees, treated him like a thief. The claim was partially settled. Payment for the loss of two computers that were in the car at the time of the accident and for the building repairs was excluded for reasons that seemed debatable.

This case is important in the context of the insurance regulator’s new market conduct rules. It shows the many difficulties that some insurers, intermediaries and claimants will continue to face.

Putting fair treatment at the heart of the business models of insurers or intermediaries cannot be achieved overnight.

The encounters between the claimant and the company mirror the experiences of many consumers across Jamaica who have contacted me over the years about their claims – minus the obvious pressure exerted by armed guards.

It should come as no surprise that the teacher concluded that the motor vehicle insurance compensation system that was erected to compensate accident victims is stacked up against citizens like himself and operates for the benefit of the insurance industry.

Treating a claimant like a thief is grossly unfair. It is also discriminatory. Even convicted felons are entitled to fair treatment. When consumers are treated unjustly, some will use social media to push back and seek redress.

For example, Kinte Mendez brought his Critical Illness Insurance Claim to public attention via the Internet last November. His actions forced the life insurer to pay his claim that they had originally rejected it. Despite the successful $16 million libel lawsuit mounted against the head of the Tambourine Army, similar David versus Goliath campaigns will take place in future.

Treating all customers fairly by default, on the other hand, will lessen the chances of reputational damage to insurers and brokers and create business opportunities.

This week I will continue my review of Section 10 of the Financial Services Commission’s 2019 Market Conduct Guidelines. It deals with complaints management. The teacher’s case provides a good example of either a dysfunctional or the absence of a complaint-handling system.

Complaints procedures should, at a minimum, provide that the insurer or intermediary will:

• Acknowledge each complaint in writing within five business days after it has been received;

• Log and keep a record of all complaints and the actions that were taken to resolve them. The log and record must be available for examination by the Commission.

These rules do not mention third-party claimants. Would they have applied to the teacher’s claim?

Excluding third-party claimants, in my opinion, is inconsistent with the “high standards of integrity and fair dealing in the conduct of business” rule. Also, handling “complaints in an untimely, unfair and ineffective manner” and settling “claims [to non-policyholders] in an untimely and unfair manner” do not promote confidence in the insurance industry.

Had the insurer complied with these rules, the teacher would not have had to ‘raise his voice’.

The third and final part of this article will focus exclusively on the management of claims.