GK spicing up US market 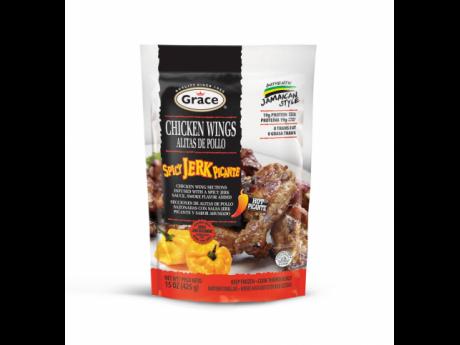 Buttressed by its investment in a Florida-based patty company, GraceKennedy (GK) has expanded its convenience-food offerings to eight states in the United States (US), an initiative that will test just how much the American palate can handle jerked wings.

The distribution for the ready-to-eat foods since the start of this year – inclusive of jerked wings and patties – spanned retail outlets in Florida, New York, New Jersey, Georgia, North Carolina, South Carolina, Connecticut and Pennsylvania.

The wings are sold under the Grace brand in at least three variations – mild, spicy and honey jerk – while the patties maintain the Patty King label.

CEO of GK Foods International, Andrea Coy, said the company market tested the wings before going full out in the eight states and would soon be expanding their distribution to other parts of the US and to Canada.

“The Grace brand is very strong in the canned fish and meat category amongst the Caribbean diaspora in the USA, so we wanted to expand in portfolios to reach not just our Caribbean consumers, but the general market to attract food explorers,” Coy said.

Reasearch was done in the US, she said, to understand consumption habits in some key food portfolios, which indicated “that there was an opportunity in the frozen category and that wings was one of the products that could give us some momentum”.

President of GraceKennedy Foods USA, Derrick Reckord, added that while the American market largely consumed barbecued wings, GK’s research indicated that there was an opportunity for more exotic flavours.

“We went ahead and tested the jerked wings among groups from the English-speaking, Hispanic and mainstream markets, and the feedback indicated that we had a product with crossover appeal,” Reckord said.

Both the patties and wings are produced at the Majesty Foods plant in Florida, which is part-owned by GraceKennedy .

Through Grace Foods, the Jamaican conglomerate acquired 49 per cent of Majesty Foods in late 2018. The company, based in Florida, manufactures patties and empanadas under the Patty King and Latin Delights brands, respectively.

GK handles the distribution of the convenience foods to retailers from its two hubs in Florida and New Jersey.

The Grace jerked wings first came to market last September and will be launched in Toronto this summer.