Emile Leiba | The labour code has a personality disorder 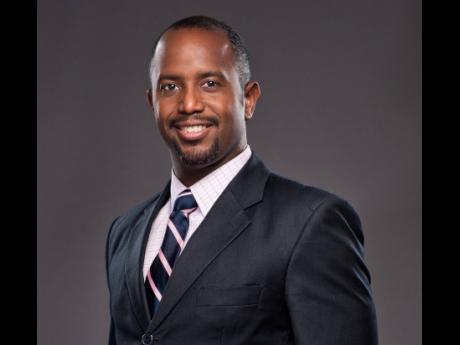 The Labour Relations Code holds one of the most interesting positions in our legal landscape.

In one breath it is stated specifically to be not a law, but at the same time it governs relationships between persons at every level of society.

Further, a breach of an award of the Industrial Disputes Tribunal, IDT, which is required by law to apply the code in its deliberations, is an offence which is punishable by the imposition of a fine.

It is the latter part of Section 3 of LRIDA that creates the conflict.

Based on Section 3 of the code, a breach cannot be directly relied on in a court of law in a matter that has not first proceeded through the IDT. However, when an employment dispute is referred to the IDT, Section 3 of LRIDA requires the IDT to consider whether a breach of the code has taken place.

This is of central importance because of the current scope of the jurisdiction of the IDT. Prior to the amendments to LRIDA made in March 2010, only unionised workers could place any real reliance on the code in disputes between themselves and their employers. However, Section 2 of LRIDA was amended to expand the definition of an “industrial dispute” to include disputes between non-unionised employees and employers.

Under LRIDA, if the IDT determines that a dismissal was unjustifiable, it:

• may order the employer to reinstate the worker with compensation as determined by the tribunal or pay such wages or grant other relief, if the worker does not wish to be re-instated;

• may order that the employer pay compensation unless the worker is reinstated within a stipulated timeframe; and

• in the case of a worker employed in personal service, order the employer to pay compensation or grant other relief as determined by the tribunal, other than reinstatement.

There is no cap on the IDT’s jurisdiction to award compensation.

If there were any doubts as to status to be accorded to the code in proceedings before the IDT, this has been put to rest by the highest judicial authorities.

The court has found that “the code is a road map to both employers and workers towards the destination of a co-operative working environment for the maximization of production and mutually beneficial human relationships.”

The Privy Council decision of Jamaica Flour Mills Limited v Industrial Disputes Tribunal and National Workers Union is the foremost authority on the legal status of the code.

The Privy Council, in making its ruling, addressed the issue of the effect, if any, that the IDT should give to the provisions of the code when addressing disputes that come before it for a determination.

In its ruling, the Privy Council stated: “Quite often … non-compliance with the code is explained on the grounds that is not enacted law but merely a set of guidelines and not binding. This approach is morally inappropriate and procedurally unwise. The code is as near to law as you can get. The act mandates it. It consists of ‘practical guidance’ by the minister after consultation with employers and employees…”.

This means that in any proceedings before the IDT, the provisions of the code will be examined to determine if the employer and employee complied with them.

In a case of unjustifiable dismissal, for example, an employer who dismisses a worker will not only have to establish that he had good cause to dismiss the worker, but also that the dismissal was carried out in accordance with the procedure set out in the Code, as interpreted by the IDT.

Procedural fairness is paramount in cases of unjustifiable dismissal. In proceedings before the IDT, the code enjoys a position of pre-eminence, and a failure to comply with the code will result in a determination that the dismissal is unjustifiable, even if it can be established that there was sufficient cause for dismissal.

The Flour Mills decision was affirmed and the principle upheld again by the Privy Council in the July 2017 decision of University of Technology Jamaica v Industrial Disputes Tribunal and Others.

There have been very few instances, in recent times, of a decision of the IDT being quashed.

To the best of my knowledge, the courts have almost never quashed a decision of the IDT where it has found that a hearing should have been held in accordance with the code, but no such hearing, or a hearing that was not consistent with how the IDT has interpreted the requirements of the code, took place.

When one examines the provisions of the relevant statutes and the case law in this area, the code constitutes a system of rules which Jamaica recognises as regulating the actions of persons within the employment and labour relations field operating within its jurisdiction, and which it may enforce by the imposition of penalties.

The Labour Relations Code is, therefore, for all intents and purposes, a law.

So, having concluded that the code is a law, all should simply follow the code, and thus should have no fear of running afoul of the IDT. If only it were that simple!

Emile Leiba is an attorney at law at the law firm DunnCox in Kingston.