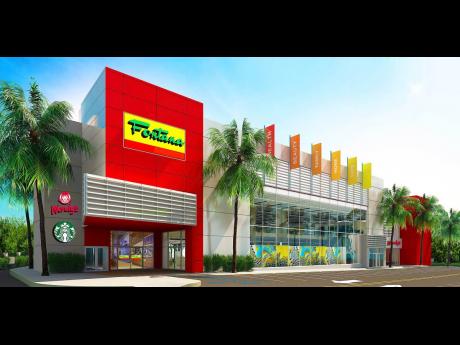 Pharmacy company Fontana Limited grew sales at a slower pace than its expenses, which led to a 17 per cent dip in profit for the December quarter.

The company’s larger outlay is linked to the costs incurred to float Fontana on the junior stock market, as well as expenses for its Waterloo Square project, an ongoing development at Waterloo Road in Kingston that is expected to culminate in Fontana’s sixth and largest complex to date.

“These pages show our pre-listing results which outline our positive trajectory and confirms our ongoing strategic investment in infrastructure and controls,” said the preface to the financials for the December second quarter signed by Chairman Kevin O’Brien Chang and CEO Anne Chang.

Over six months, however, the pharmacy company comes out ahead of the previous half-year. Sales grew from $2 billion to $2.16 billion, while Fontana’s bottom line expanded from $169 million to $174 million. Its net profit margin, however, was unchanged at 8 per cent.

The company’s operating costs for marketing, promotions and administration came close to $520 million at half-year, up from $473 million, which the Changs explained was due to strengthening the management team and investments in infrastructure, new hires, as well as its 50th anniversary celebrations.

Fontana started doing business five decades ago in Mandeville, later expanded to Montego Bay and eventually to Kingston, the latter through acquisition of Azmart, a harberdashery business that also operated a drug window in Barbican. Fontana’s assets are now estimated at $1.7 billion; while its net value stands at $911 million, of which $881 million is profit accumulated by the pharmacy over time.

“Deposit on assets for the development of our newest and most iconic location, Fontana Waterloo Square, has contributed to growth in net assets by 15 per cent year on year,” the Changs said. The company’s book assets grew $200 million over the past year.

Fontana became the first pharmacy company ever to list on the Jamaica Stock Exchange on January 8 of this year. The stock, which listed at $1.88, is now trading at more than twice that price at $3.91.