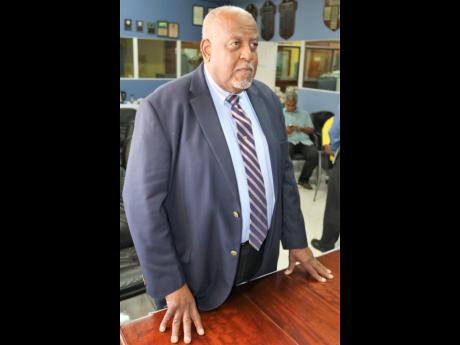 Faced with depressed sales for coffee companies, the Jamaica Agricultural Commodities Regulatory Authority, JACRA, which depends on the sectors it regulates for income, is cutting its budget amid expectations that its ­revenue inflows will be lower than projected.

The year-old commodities regulator responsible for overseeing the coconut, spices, coffee, and cocoa sectors launched operations in January 2018, imposing a schedule of fees to support its operations.

Fees are collected from growers, processors and non-agricultural traders. The cess on crops – turmeric, ginger, pimento, coffee, and cocoa – ranges from US$0.18 to US$2.40 per kilogramme, with coffee facing the highest charges.

“All of JACRA’s budget is derived from fees and none from central government. The current funding arrangements are adequate,” he told the Financial Gleaner.

The agency had budgeted income of $392 million and $281 million for expenditure, for fiscal year ending March 2019.

Although Boothe did not break out how much each regulated sector was projected to ­contribute to income, he disclosed that foreign-owned coffee importer Nestlé Jamaica was the single largest source of fees for JACRA.

Industry insiders say that around 30 per cent of the 235,000 boxes of coffee produced last year remain unsold.

Boothe, a business strategist, was appointed chairman of the commodities regulator in January to replace Richard Pandohie who was asked to stay in to late 2018, despite his resignation in May of that year, due to what he said were perceived conflicts of interest in the impasse between the Jamaican Government and the Coconut Industry Board over the planned sale of the agency’s Seprod shares.

Pandohie is CEO of Seprod, a company in which the Coconut Industry Board is the second-­largest shareholder.

JACRA’s first year has been marked by departures of key officials – Pandohie as chairman; the agency’s first director general Everton Hanson was not retained beyond his probationary period and left last June; and the head of the legal department, Kadian Wood, left the agency this month, having handed in her resignation in January.

JACRA plans to advertise the latter two positions, but the chairman also said a general review of the current staffing is on the cards.

“We have to take a careful look to see we are not overstaffed. I want to take a look at the whole operation. We are dealing with taxpayers’ money,” he said.

Inside sources said JACRA has a heavy licensing and trademark portfolio and might need a larger legal department.

Boothe said the agency’s ­current focus was on redeveloping the ­sectors for which it has responsibility.

“The main challenge at this time is to stimulate the value chain of all the crops being regulated in order to have a continuous increase in production. Our development plan is therefore geared at ensuring the provision of the appropriate genetic planting materials and to ensure the kind of enabling environment that fosters sustainable development,” he said.