Huawei exec pokes fun at US spying at tech show 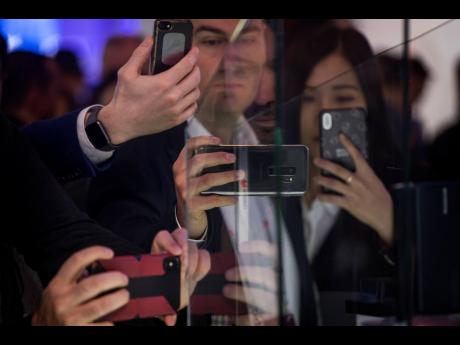 A top executive at Chinese tech supplier Huawei poked fun at US intelligence on Tuesday as he sought to reassure people attending the world’s biggest mobile industry fair that the company’s technology is secure.

Guo Ping, Huawei’s rotating chairman, used his keynote speech at MWC Barcelona to fight back against allegations made by the United States that the company’s technology poses a national security risk to next-generation mobile networks.

“PRISM, PRISM, on the wall, who is the most trustworthy of them all?” Guo said, in a reference to a US data-gathering program.

“If you don’t understand that, you can go ask Edward Snowden,” he said, referring to the former National Security Agency contractor who exposed the program in 2013.

Under the PRISM program, the NSA, pursuant to secret court orders, collects intelligence about foreign threats through US Internet companies.

The geopolitical dispute between the US and China’s Huawei, the world’s biggest maker of networking equipment used by phone and Internet companies, is casting a pall over the four-day conference.

Huawei is taking its case directly to the 100,000 visitors expected to attend the show.

The United States government has also dispatched a delegation to lobby its case that Huawei gear should not be used. US officials fear the Chinese government could use Huawei equipment to electronically eavesdrop on global Internet traffic.

“We can’t use prisms, crystal balls, or politics to manage cybersecurity. It is a challenge we all share,” said Guo, one of three Huawei executives who take turns as chairman. “To build a system that we all can trust, we need aligned responsibilities, unified standards and clear regulations.”

Huawei has consistently rejected the US allegations and Guo repeated that position.