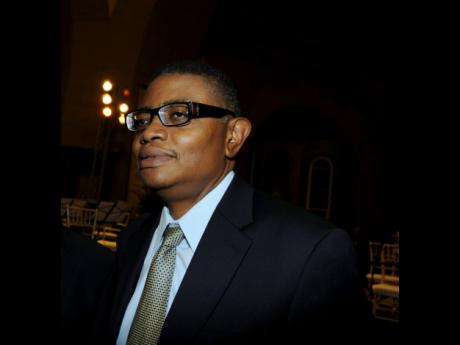 The Mona School of Business and Management, MSBM, is a top business-education institution in the Caribbean and Latin American region.

But despite being a member of the Association to Advance Collegiate Schools of Business, AACSB, the business school has still not achieved the institutional accreditation that the body provides, although a formal application was submitted in 2014.

Asked to explain the delay, MSBM executive director, Dr David McBean, told the Financial Gleaner that the AACSB maintains that its accreditation can only be extended to The University of the West Indies, UWI, of which the business school is a part.

As such, the necessary institutional assessment by AACSB would involve a review of all the business schools and programmes which fall under the aegis of The UWI, including those at the Cave Hill campus in Barbados and St Augustine in Trinidad and Tobago.

“It’s something I want to put on my agenda,” McBean said in an interview. Pressed on whether there are reservations about a UWI institutional bid, McBean said, “We know that we would be certified by ourselves, but we can’t go as Mona. It is one of the things I have taken on.”

The development appears to be a major setback for MSBM, which had placed great significance to its application. Four years ago, then executive director Professor Densil Williams was quoted in the business school’s annual report as saying: “[The year] 2014/15 marked the second year in the implementation of MSBM’s four-year strategic plan, which has as its main aim the submission of the school’s application to AACSB as a signal to kick-start its quest for international institutional accreditation from the most prestigious body in the world which accredits schools of business.”

Williams acknowledged that the coveted accreditation would not be achieved overnight.

“Although the road to this important activity, which is a mark of distinction that will further separate MSBM from its competitors in the marketplace, is a long way ahead, laying the foundation to achieve this milestone is a continuous journey that has to be at the forefront of our minds as we carry on the daily task of operating the enterprise,” he said.

He added that in this regard, MSBM continued to make significant improvements to its core operations of teaching and learning, research and innovation, and outreach and public advocacy in order to position the school for stronger growth as it prepares for accreditation from the body set up in 1916.

Still, McBean was emphatic that even without the important AACSB accreditation, MSBM has adequate external quality control for its various business programmes.

“We pride ourselves on the culture of the facility, the instruction we give and the quality of work that we do. We provide a premium product to the marketplace,” he said, referencing the accreditation from the 52-year-old Association of MBAs – or AMBA – and the school’s consistently high ranking by Eduniversal, based in Paris, France.

McBean said that in recognition of the excellence of MSBM programmes, the current Eduniversal accreditation last for five years, up from the customary three-year duration.

As part of the effort to talk up the achievements and value of a business education at the undergraduate and postgraduate levels, MSBM has launched a multimillion-dollar advertising campaign in traditional and social media.

“We have not been singing our own praises – and in today’s world, that matters,” McBean says. The advertising blitz, he adds, is designed to serve as a reminder of brand MSBM, its partners, clients, and the calibre of its staff and graduates.