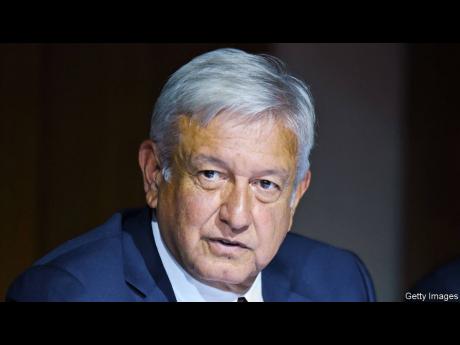 Voters in central Mexico approved a stalled, gas-fired power plant, one of seven projects that have been postponed, in many cases for years, by community opposition.

Roughly 60 per cent of those voting in a referendum called by President Andrés Manuel López Obrador voted in favour of the project in Huexca, southeast of Mexico City. The project cost US$1.3 billion to build, and it costs the government US$200 million per year, even if it’s not running.

Feelings ran high; a few days before the referendum, anti-plant activist Samir Flores Soberanes was killed in front of his home by armed assailants.

López Obrador said Monday that he hopes the referendum will serve as a model for solving at least half a dozen other stalled natural gas projects.

Local communities have been fighting for years against the Huexca project in Morelos state, just south of the capital. The project includes two thermoelectric plants, a gas pipeline to supply the plant with natural gas from Tlaxcala state, and an aqueduct. The mostly indigenous communities around the Popocatepetl volcano have concerns about health, safety and the water supply.

But previous administrations often did not consult local communities about the gas pipelines needed to supply the plants. Many communities opposed the projects and stalled them for years, costing the government at least US$500 million per year, though even higher figures have been given.

The Huexca project, for example, is almost completely finished except for about 150 metres of pipeline.

While López Obrador praised the referendum – similar to earlier ones he held on a partly built Mexico City airport, and his ‘Maya Train’ project in the Yucatan peninsula – critics complain about a lack of consultation on his own pet projects.

López Obrador said Monday that he plans to issue a call for bids within about a month for the Maya Train, which would connect pre-Hispanic ruin sites with resorts on the Yucatan Peninsula.

But some of the communities along the proposed route have rejected the plan, others say they haven’t been consulted, and environmental impact statements haven’t been submitted for much of the route.