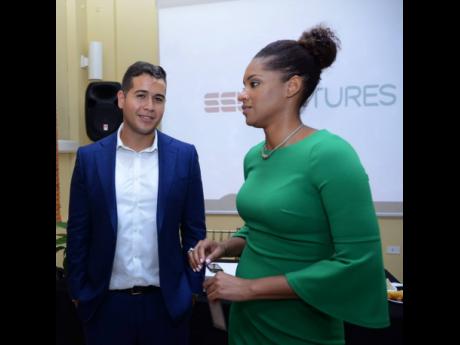 Amid movements by SSL Growth Equity Limited to tap the market for its next round of capital for expansion, two of its CEOs in charge of subsidiary companies, Lamar Harris and Drew Gray, have put in their resignations.

But neither is fully cutting ties with the firm.

The head of SSL Growth Mark Croskery will replace Gray as CEO of SSL Venture Capital Jamaica Limited, in addition to his role as chairman of the investment holding subsidiary.

Harris, a lawyer by profession who became CEO of Stocks & Securities Jamaica Limited in the culmination of successive promotions over her seven years at the firm, decided to leave the post, to pursue personal initiatives but will continue to offer consultancy services to the company at the request of the board, according to a release announcing her departure.

Gray will also be pursuing personal interests, but will continue to serve on the board of directors and the audit and remuneration committees of SSL Ventures, a private equity investment firm that has traded on the junior stock market since last summer.

Harris and Gray’s departures were announced in succession, but it’s unclear whether their personal pursuits align. Neither of them was reached for comment up to press time.

SSL Ventures was the result of a reverse takeover of another failed listed company, C2W Music, in which Stocks & Securities was a top shareholder. Gray’s departure as CEO took effect on Thursday, February 28.

SSL Growth, which up to recently was called Stocks & Securities Barbados Limited, is known for offering brokerage services through Stocks & Securities Limited and microlending through its Dolla Financial brand, but it also has holdings outside Jamaica.

SSL Growth Equity wants to raise between $500 million and $1 billion in equity capital and is planning an initial public offering of shares via the Jamaica Stock Exchange.