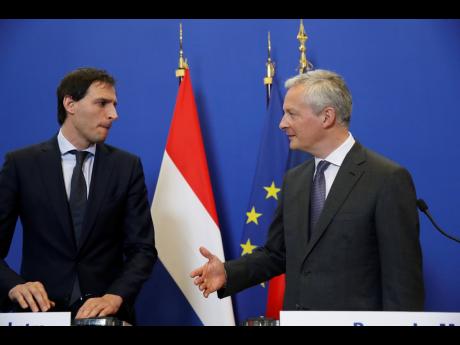 The Dutch and French governments kicked off a four-month project, Friday aimed at making Air France-KLM more competitive – and at easing tensions ­between the two countries after the Dutch government’s surprise purchase of a new stake in the airline alliance without ­informing Paris.

The Netherlands’ finance minister, Wopke Hoekstra, and his French counterpart Bruno Le Maire, held hurriedly-arranged talks on Friday in Paris and afterward, both ministers pledged to cooperate to strengthen the alliance.

Le Maire, who described the discussions as “frank and clear,” said the two countries would work together “to improve the ­competitiveness of the group Air France-KLM and to make Air France-KLM a big success.”

KLM has cut jobs and costs and is more profitable than Air France, which has faced extended labour disputes in recent years. The alliance as a whole is facing competitive ­pressure from low-cost airlines and growing Asian and Gulf carriers.

The two governments announced four months of consultations led by French and Dutch finance ministry officials to study the company’s ownership structure and management and how to protect the hubs at Amsterdam’s Schiphol Airport and Paris’ Charles de Gaulle Airport. In a ­statement on Friday, they said that the outcome of the discussions “must be a fair and balanced one for all sides”.

The company’s shares rebounded after the announcement on Friday, having sunk earlier this week amid concerns about the stability of the alliance.

The Dutch government raised its share in the alliance this week to 14 per cent ­without telling the French, angering France’s ­leadership. The French government also owns a 14-per cent stake in the company, but Le Maire called the secretive Dutch move “incomprehensible” and French President Emmanuel Macron demanded clarification.

“We’ll look at the future,” he said. “We want to build a better company, and we want to make sure the interests of both countries are taken into account.”