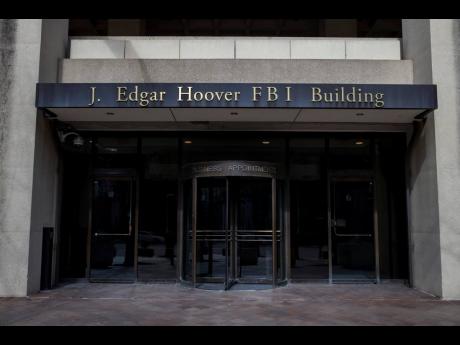 Aiming to crack down on money laundering and bribes to overseas governments, the Federal Bureau of Investigation (FBI) is stepping up its efforts to root out foreign corruption with a new squad of agents based in Miami.

The squad will focus its efforts not only on Miami but also in South America, a continent that has been home to some of the

US Justice Department’s most significant international corruption prosecutions of the last several years. The Miami squad joins three others based in the FBI’s largest field offices — Washington, New York and Los Angeles.

“We’re protecting the rule of law,” Leslie Backschies, the chief of the FBI’s international corruption unit, said in an interview Monday. “If there’s no rule of law, you’ll have certain societies where they feel like their governments are so corrupt, they’ll go to other elements that are considered fundamental, that they see as clean or something against the corrupt regime, and that becomes a threat to national security.”

The unit aims to identify violations of the Foreign Corrupt Practices Act, a United States law that makes it illegal to bribe foreign officials. The FBI has also been doing outreach to companies in a variety of industries, from oil to pharmaceuticals, to teach them about red flags that could indicate corruption and encourage the companies to “self-report” potentially improper conduct to the bureau.

“One thing when I talk to companies, I’m like, ‘When you pay a bribe, do you know where your bribe goes? Is your bribe going to fund terrorism?’,” Backschies said.

And so far, the cases the unit has brought have resulted in billions of dollars in settlements.

Last September, for instance, the Brazilian-owned energy company, Petrobras, agreed to pay more than US$853 million to resolve investigations into allegations that executives paid hundreds of millions of dollars in bribes to Brazilian politicians and political parties. And in December 2016, the Brazil-based construction conglomerate Odebrecht and another petrochemical company agreed to pay more than US$3.5 billion to settle charges that they bribed politicians around the world through a web of shell companies and off-the-books transactions.

“We’ve seen a lot of activity in South America — Odebrecht, Petrobras. South America is a place where ... we’ve seen corruption. We’ve had a lot of work there,” Backshies said.

“But not just South America. Miami itself, it’s an economic centre,” she added. “It’s a big flow of money in and out of Miami. It’s a city where we see individuals hiding their money, through shell companies, through real estate, through boating.”

Prosecutors have scored 34 convictions in cases brought by the international corruption unit from 2016 until 2018. The cases are often longer-running and more financially complex than other crimes the FBI investigates.

Agents also have to be conscious of any potential political ramifications because international corruption cases can have widespread effects that influence elections and economies, Backschies said. In addition to regular conversations about cases, FBI supervisors meet with lawyers at the US Justice Department in Washington each quarter to review potential prosecutions and the possible consequences.

“These cases are very politically sensitive, not just in the US but overseas,” she said. “When you’re looking at foreign officials in other governments — I mean, look, in Malaysia, the president wasn’t re-elected. We saw presidents toppled in Brazil. These are the results of cases like this. When you’re looking at high-level government officials, there’s a lot of sensitivities.”

The agents are working to ensure there’s “a place where business can compete fairly,” and in most cases other governments are glad to accept the FBI’s help in rooting out corruption, Backschies said.

“You can’t just have one agent or two agents in a field office addressing it. ... You can’t be working this two hours a week. It’s just not going to work. You need full-time dedicated resources,” she said.

The unit had been splitting cases involving South American countries between the three other offices before Backschies decided they should refocus their resources and add agents in Miami. The new squad will be comprised of six agents, who will start in their roles later this month, plus a supervisor and a forensic accountant. Unlike other FBI field office squads that focus on violent crime and public corruption and report to local leadership, this one will answer to officials at headquarters in Washington.

“Beverly Hills, New York, Miami — these are cities where we find people hiding their money” in real estate and boating, Backshies said. “They’re attractive cities for that.”