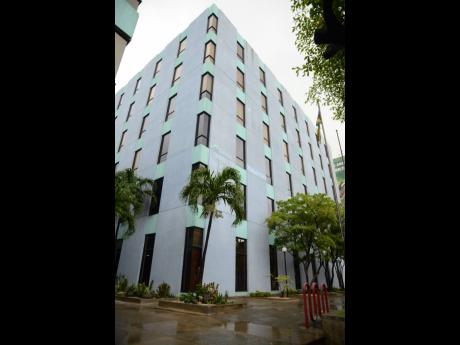 The temporary appointment of the last investment manager for the National Insurance Fund (NIF) has come to an end after 16 months, and the job has now been handed to Hope Fisher, the bond portfolio manager.

Fisher replaces Dione Jennings, who has been reassigned to another agency of the Ministry of Labour & Social Security, the Jamaica Council for Persons with Disabilities, or JCPD, not as its head but to oversee the drafting of ­regulations for the Disabilities Act.

Jennings had told the Financial Gleaner back in September 2017 when she was put in charge of the pension fund that her appointment would be temporary. At the time, she was tapped to replace Audrey Deer Williams, who was reassigned in the ministry as chief technical director.

Deer Williams and Jennings effectively switched roles at the time. The shuffle happened during a period when the NIF’s investment decisions were being questioned.

Fisher declined on Monday to comment on the duration of her appointment and to provide an update on the status of the ­pension fund. She redirected the queries to the permanent ­secretary, Collette Roberts-Risden, whose only ­comment focused on the reason for Jennings’ new assignment.

At last report in November 2017, pension assets under management by the NIF were valued at $106 billion, which is one-sixth the size of the private pensions market.

The labour ministry is planning to overhaul the NIF and merge it with NIS. Additionally, the ­divestment of the management of the pension fund will be explored, the ministry said last year.