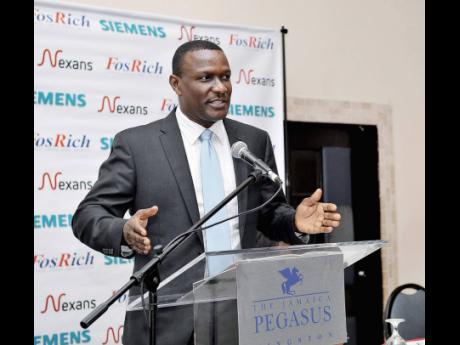 Electrical supplies company FosRich had set itself an aggressive target of a 50 per cent increase in net profits, but Managing Director Cecil Foster says his company blew past the projection, despite disappointing revenue results.

“We projected $82 million and ended up exceeding that by about eight million for a $90 million net profit,” Foster told the Financial Gleaner.

“We did some projects that would have made us exceed the revenue target, but they were special projects where the margins were very low, so we treated them differently,” said Foster. “So that left us just about $30 million shy of our revenue target but looking good nevertheless,” he said.

The improved performance was predicated on increased business in the large/industrial customer segment, which Foster says is a market segment in which FosRich Company has an edge.

“What we’ve managed to do is to differentiate ourselves from the rest of the competition by the sort of expertise that we bring to bear on the products that we sell, and the brands and technologies that we represent. This has put us in the impressive position of growing the premium end of our business, in that the business segment grew by all of 52 per cent last year,” said Foster.

“It tells us that we are able to meet or exceed the expectations of the hotel, construction and manufacturing sectors. We can therefore project a much better number this year and, in fact, we are already 24 per cent ahead of last year’s numbers,” he said.

FosRich is also deepening its relationship with its big overseas partners with special engineering representatives for each of the big brands.

“Philips sent five of their managers, including the general manager, to look at plans and the business for the next two years. In the preceding week, we had Nexans here for one week doing the same thing, and Siemens came in two weeks before that on a similar mission,” Foster said.

FosRich is planning to diversify into manufacturing, but the 180,000-square-foot plant being developed at Maverley Avenue in Kingston is behind schedule, having blown past the end-January commissioning date. Foster is now targeting mid-April for opening.

“Equipment is on the ground and the installation will be completed in another three weeks,” he said. “That means we can be in production in another four to five weeks. When that comes on stream, we expect to see a significant boost in revenues.”

FosRich is planning 22 new hires for the manufacturing operation, in addition to three technical representatives. Foster adds that by year end, staff levels are expected to grow overall from 95 now to about 130.