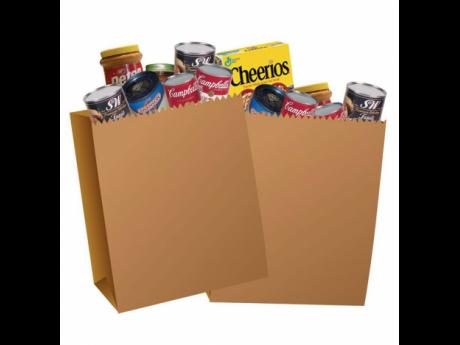 As merchants and food establishments run out of their remaining inventory of plastic bags, the demand for alternative packaging is spiking, both in the form of paper and non-woven polypropylene, or NWPP, bags.

Still, one maker of packaging, who invested heavily in plastics, says while declaring his self-interest that the bags making a return also carry an environmental risk and should be seen as a short-term solution only to single-use plastics that were banned, starting January 1.

“Both of these are not the real long-term answer. We should really be doing the bio-degradable solution rather than messing around with these alternatives,” says technical manager and owner of Flexpack Jamaica, Nigel Hoyow.

Meanwhile, the suppliers of paper bags are struggling to keep up with demand, the size of which is unknown.

The companies contacted for this story all said they were importers and were not in a position to manufacture bags.

Jamaica Packaging Industries, JPI, says its normal quarterly supply of paper bags was all gone by mid-January. The 65-year-old company is a major player in the corrugated paper, box manufacturing and paper bag distribution industries, with all of its corrugated cartons being produced locally. It relies on sister companies worldwide for imports of paper bags.

“We have run short at some point in that our stock that we would have had at the beginning of the year, what would have lasted us a month or two, probably went in a few weeks,” says JPI Commercial Manager Julian Lazarus.

JPI suffered a fire on February 11, but was back in business after one day of lost production, saying the blaze only consumed some of its raw material but did not affect the plant or offices. The fire is under investigation.

The company has ramped up its supplies of bags, but says the situation is fluid, which makes it difficult to say right away how much demand has spiked.

“One of the reasons that I wouldn’t be able to say definitively is, we still have a little bit of a gap because we have not received our full shipment in time to satisfy total demand,” he told the Financial Gleaner.

Asked whether paper companies were caught off-guard, even after the Government had long announced the timetable for the plastics ban to take effect, Lazarus said that demand for paper bags only began spiking in the days before the ban took effect.

“We didn’t see a lot of inquiries up until the end of December when we saw a flood of interest about paper bags. We did order in preparation, but we were still a little bit conservative because we really didn’t see the inquiries coming in the way we thought they would,” he said.

The enquiries coming in were for bags of all sizes, ranging from half-pound up to 25-pound bags. JPI also says enquiries for food boxes are starting to come in, but for now it is watching just how much interest there is for that product.

Flexpack’s Hoyow, who was part of the team of experts consulted on alternatives prior to the plastics ban, disclosed that he had previously invested heavily in plastic bag production – which are referred to colloquially as ‘scandal bags’ – confident of weathering the competition the company was facing from Asian imports at the time.

“We bought machinery specifically for the making of scandal bags,” Hoyow said.

The plastics ban is a more severe challenge.

For now, he adds, the Jamaican Government is allowing companies like his to continue making bags of a certain thinness. But that safe harbour will be eliminated in 2021.

In the meantime, even as discussions continue with the packaging industry on standards for reusable bags, Hoyow is planning his company’s transition.

“Like everybody else, I am importing some of these [NWPP] bags currently,” he said.

The big grocery chains are also importing their own branded re-usable bags, he added.

AMG Packaging & Paper Company previously advised its shareholders in February that it would not be adding paper bags to its business lines at this time, notwithstanding the market opportunities. It would have required capital investment in new equipment, at a time when AMG was just recovering from another failed paper venture.

Other paper companies declined to comment for this story, other than to signal that the competition in the market was intense.