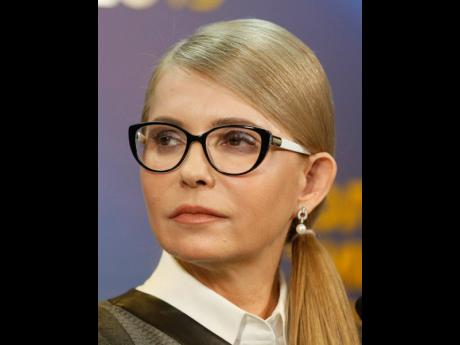 High drama has gripped the Ukraine, as the population prepares for the upcoming presidential elections.

The first round is slated for March 31. If no candidate wins an absolute majority, the second round between the two top contenders will be held on April 21.

Initially, the election was pitted between Petro Poroshenko, the incumbent president, and Yulia Tymoshenko, the head of the opposition Fatherland Party. Tymoshenko was one of the leaders of the Orange Revolution, and she served twice as Prime Minister a decade ago.

However, the field widened substantially as the election date loomed closer, with more than 40 candidates joining the race.

At the end of the year, one of the more interesting candidates came on the scene. Volodymyr Zelensky, a television personality and comedian, decided to throw his hat into the ring. He played the role of the president in a popular television show, and used it as an opportunity to launch his political career.

The electoral slate is fragmented, with Zelensky leading the pack with 15 per cent in the polls. Poroshenko is second with 10.4 per cent and Tymoshenko third with 8 per cent.

Like other countries around the world, the Ukrainian electorate is opting for well-known personalities rather than professional politicians. This is not surprising, given the corruption that is rampant throughout the political system. Nevertheless, it is no laughing matter.

Zelensky has met with representatives of the investor and multilateral communities. He does not express strong views or a distinct ideology. His platform is built on a message that he is a political outsider who wants to attack corruption. The fact that his television show was aired on a network owned by Igor Kolomoisky, one of the country’s most powerful oligarchs, suggests that he could have deep pockets behind him. This is something that Zelensky vigorously denies.

At the same time, Moscow has been noticeably silent during the campaign. Still, the election of an inexperienced outsider may play well to the Kremlin’s disruptive style.

The good news is that the Ukranian economy is on the mend. After the collapse of 9.8 per cent y/y in economic activity four years ago, the economy managed to grow 3.2 per cent y/y last year. The solid expansion was mainly attributed to a strong showing by the agricultural sector.

As a result, the country is well within compliance of the US$3.9 billion IMF Standby Facility.

The other economic indicators also continued to improve. Consumer prices rose 11 per cent last year, and they should decline to the high single digits this year. Likewise, the current account balance should finish the year with a manageable shortfall of 3 per cent of GDP.

Given that the country’s debt to GDP is 61 per cent and the central bank has more than US$20 billion in international reserves, this leaves the government in a comfortable position to meet its external obligations and weather the volatility typically associated with presidential elections.

One of the more interesting features of the Ukranian financial landscape is the GDP warrants. Issued as part of the 2015 sovereign debt restructuring, they are a bit complex. Furthermore, they would not be eligible to start paying until 2021.

However, as the date looms closer, the country is starting to approach the necessary conditions to trigger a payment. The first condition is that the nominal size of the Ukranian economy, in dollar terms, must be US$125.4 billion. Fortunately, it seems that the first condition was met at the end of 2018.

The second condition is that real GDP growth must be at least 3 per cent y/y. Ukraine met this condition in 2018, and should be on track to do the same this year. If all goes well, it may even hit the target next year, but it’s too early to tell.

Still, assuming that the economy remains on track, the GDP warrants should begin to pay out after 2021.

Warrants have rallied significantly since the end of last year. Investors have forgotten the Argentine GDP warrants because growth has been mired below 3 per cent for a long time. Moreover, there are serious questions about which base year will be used to calculate them, but the situation is more transparent in the Ukraine.

Furthermore, they are a much more serious instrument, being pari passu with the Ukraine’s sovereign debt. Kiev cannot stray from the prospectus, or they will trigger a default of their external debt obligations.

In sum, we are approaching the finishing line for the presidential elections.

Soon, a joker may be the official resident at the Mariyinsky Palace. Nevertheless, the strength of Ukraine’s economic recovery and the value it implies for the GDP warrants is no laughing matter.